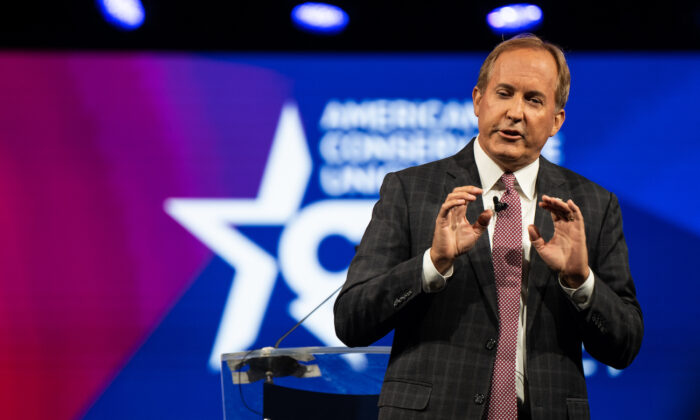 Attorney General Ken Paxton of Texas filed a suit against the Facebook parent company Meta Platforms on Monday, claiming that the social media giant was in violation of state law for its collection of biometric data of users through facial recognition technology.

“Facebook will no longer take advantage of people and their children with the intent to turn a profit at the expense of one’s safety and well-being,” Paxton said in a statement. “This is yet another example of Big Tech’s deceitful business practices and it must stop. I will continue to fight for Texans’ privacy and security.”

The basis of the suit is a now-discontinued use of facial recognition technology, which allowed Facebook to recognize faces from user uploads and auto-suggest tags of one’s friends when uploading a photo. While it facilitates the smooth sharing of photos and tagging of friends, the ethicality and legality of the system has been challenged on numerous occasions.

Paxton claims that this practice has resulted in “tens of millions of violations” of the Texas Capture or Use of Biometric Identifier Act.

“Facebook has been secretly harvesting Texans’ most personal information—photos and videos—for its own corporate profit,” said Paxton. “Texas law has prohibited such harvesting without informed consent for over 20 years. While ordinary Texans have been using Facebook to innocently share photos of loved ones with friends and family, we now know that Facebook has been brazenly ignoring Texas law for the last decade.”

The new suit is the latest in the attorney general’s efforts against Big Tech. Last month, Paxton announced a lawsuit against Google for allegedly misleading users into allowing location tracking, in violation of Texas’ Deceptive Trade Practices Act.

While Meta is no stranger to civil actions over privacy concerns, this particular suit is the latest in a litany of miseries this month, during which the company’s stock has fallen more than 30 percent on the heels of a recent, underwhelming revenue forecast. The new lawsuit could threaten to inflict further damage to the already-battered social media company.

“These claims are without merit and we will defend ourselves vigorously,” a Meta representative told The Epoch Times.

The Texas lawsuit comes not long after a similar lawsuit in Illinois, which began in 2015 when Facebook users filed against the company for violation of privacy laws over the same facial recognition technology. The suit was settled in 2020 for $650 million, and resulted in handouts of $345 to 1.6 million Facebook users in the state.