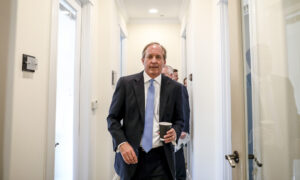 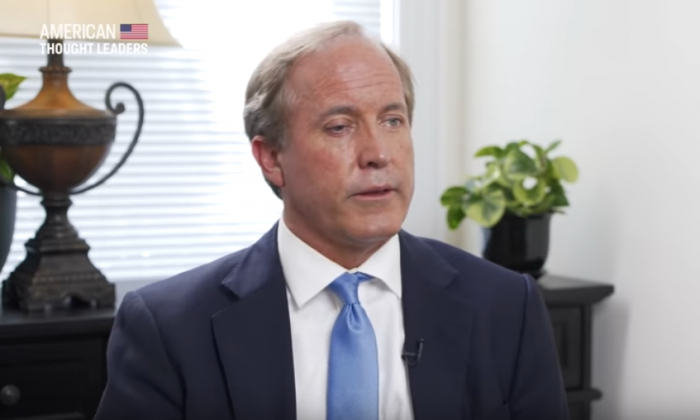 Texas Attorney General Ken Paxton said on Thursday that his office is suing officials in the City of Austin and Travis County for failing to comply with a governor order that lifts a mask mandate across the state.

“I told Travis County & The City of Austin to comply with state mask law. They blew me off. So, once again, I’m dragging them to court,” Paxton said in a statement on Twitter while responding to an article about the lawsuit. “[Austin Mayor Steve] Adler will never do the right thing on his own. His obstruction won’t stop me from keeping TX free & open!”

Paxton’s announcement comes a day after he sent a letter warning Adler and Travis County judge Andy Brown of legal consequences if they continue refusing to comply with Gov. Greg Abbott’s order. Austin is located within Travis County.

Abbott lifted a statewide mask mandate that was enforced in mid-2020 and is working toward loosening other restrictions on businesses so they can operate again at full capacity. The move comes as the state is seeing a downward trend for patients infected with COVID-19, the disease caused by the CCP (Chinese Communist Party) virus, as hospitalizations drop to levels not seen in months.

Just a week after Abbott issued his order, officials in Austin and Travis County announced that they intend to contravene the order by keeping their existing health rules in place through April 15, with the possibility of extension. The rules were also updated to require everyone over the age of six to wear a face-covering when on or in city property, subject to a few exceptions. This rule is set to expire on July 8.

Paxton told Adler and Brown that Abbott’s order “has the force and effect of state law and supersedes local rules and regulations,” and that the decision to require masks or impose other CCP virus pandemic restrictions is reserved to private businesses on their own premises.

“It does not rest with jurisdictions like the City of Austin or Travis County or their local health authorities. Nor do they have the authority to threaten fines for non-compliance,” Paxton wrote.

He demanded on Wednesday that Austin officials rescind their local mask mandates and other restrictions by 6 p.m. As they refused to comply, Paxton is filing his court challenge.

Austin Mayor Steve Adler and Travis County Judge Andy Brown did not immediately respond to The Epoch Times’ request for comment on the lawsuit.

On Wednesday, Adler had told media outlets that he had no plans to rescind the mask mandate and “will continue to do everything within our power, using every tool available to us, to reduce the spread of the virus.”

Adler said he was “disappointed by Abbott’s decision to lift the mask mandate, arguing that wearing a masks does not slow down businesses and schools from being re-opened.

“Wearing a mask doesn’t slow down opening up businesses. It doesn’t slow down getting more and more children in school in person. The health folks here in Texas seem to be pretty unanimous that wearing masks helps minimize the risk that we’re not going to be able to open up schools or open up businesses,” Adler told Fox News’ Neil Cavuto in a previous interview.

“I’m disappointed that the mandate is being withdrawn. Our governor has said that it’s still important to wear masks, and I appreciate that. But by removing the mandate, I think we create an ambiguity. There are many people in the state that are hearing that as a message that masking doesn’t work, it’s not effective, or that we’re past concern on the virus. And that ambiguity and communication is what I have the biggest issue with.”

Earlier this year, Paxton and the same officials clashed in the courts over a different set of CCP virus pandemic restrictions. Paxton had petitioned the high court for orders blocking the City of Austin and Travis County from enforcing local orders that would prohibit bars, restaurants, and other venues from offering dine-in food and beverage services between 10:30 p.m. and 6 a.m. on Jan. 1 through Jan. 3.

The Texas Supreme Court ultimately ruled to halt enforcement of two orders that sought to impose curfews on dine-in services during the new year’s weekend.

Lorenz Duchamps and Tom Ozimek contributed to this report.