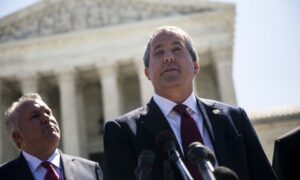 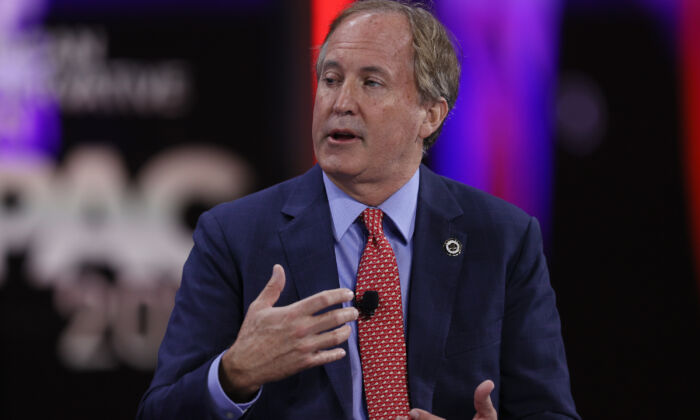 Texas Attorney General Ken Paxton said taxpayers in his state are forking out over $850 million each year to pay for various costs associated with the housing and care of immigrants who enter Texas illegally.

Paxton’s office had re-released the figures, which was first presented to a federal court in January, in an attempt to highlight the gravity of the burgeoning crisis at the U.S. southern border. The significant surge of illegal border crossings in recent weeks, particularly by unaccompanied minors, has overwhelmed border patrol facilities and resources. Although the Biden administration is sending most single adults and some families back, unaccompanied minors are being accepted into the country.

According to the office, Texans are paying between $579 million to $717 million each year for public hospital districts to provide uncompensated care for illegal aliens. It also found that taxpayers had previously paid $152 million to house illegal criminal aliens in one year, and between $62 million to $90 million to provide illegal immigrants with healthcare through the state’s Emergency Medicaid program.

The office also found that Texans paid over $1 million for The Family Violence Program to provide services to illegal aliens in one year, and that the state’s Children’s Health Insurance Program has been paying between $30 million to $38 million per year on perinatal coverage for illegal immigrants.

Texans have also been paying between $31 million to $63 million per year to cover the cost of educating unaccompanied children who cross into the United States illegally.

“Texans are hardworking and generous people but the cost of illegal immigration is an unconscionable burden on the taxpayers of our great state. If we use the minimum estimated costs for services Texas provides to unlawfully present and undocumented aliens, taxpayers are shelling out an estimated $855 million every year,” Paxton said in a statement.

“Texas will always welcome those who legally immigrate but we cannot continue forcing taxpayers to foot the bill for individuals who skirt the law and skip the line. I will continue to fight for justice, safety, and prosperity for all Texans.”

Paxton had taken issue with a number of President Joe Biden’s immigration policies and early actions, which he says has contributed to the influx of illegal immigrants. This includes Biden’s decision to reverse his predecessor’s key Migrant Protection Protocol, which sought to end the problematic Obama-era “catch and release” policy and is credited for significantly stemming the flow of illegal immigrants in 2019.

His office filed a lawsuit shortly after the Biden administration issued a memo (pdf) on Jan. 20 that directed “an immediate pause on removals of any noncitizen with a final order of removal (except as noted below) for 100 days.”

The state argued that the action would cause irreparable harm to the state because Texans would be forced to foot the bill for services and programs for illegal immigrants who are allowed to stay in the state.

Meanwhile, the Biden administration argued that the pause on deportation was needed to allow the White House to take into account considerations on immigration, foreign policy, and humanitarian needs.

The federal judge sided with Paxton, ruling that the federal government cannot make immigration enforcement changes without consulting Texas after he found the Lone Star State would suffer irreparable harm because of the action. He granted the request to block the enforcement of the deportation freeze. The block has since been extended indefinitely.