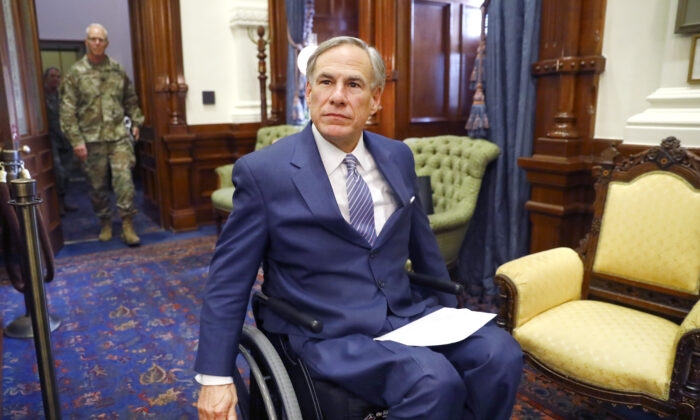 After a federal appeals court issued an order allowing some so-called medication abortions to proceed in Texas, abortion advocates have withdrawn their request to the Supreme Court for an emergency stay on Texas’s temporary ban on most abortions, which had been justified as part of CCP virus-containment measures.

The litigation between abortionists and state officials has been bouncing back and forth between federal judges at the district and appellate levels for weeks now.

Texas officials say their abortion ban is a prudent and reasonable way to conserve health care resources during a pandemic, but abortion providers say the state is taking unfair advantage of an emergency situation to crack down on medical procedures they oppose but have had difficulty outlawing in normal times. Abortionists say the state is exploiting “a public health crisis to advance an extreme, anti-abortion agenda.”

Pitched legal battles over abortions are also being fought in states such as Alabama and Oklahoma. A federal judge in Alabama ruled on April 12 that the state can’t prevent abortions from taking place during the pandemic.

Texas Gov. Greg Abbott, a Republican, unveiled the ban March 22 that forbids elective medical procedures, in an effort to conserve hospital space and personal protective equipment for care for patients who have COVID-19, the disease caused by the CCP virus, commonly known as the novel coronavirus.

Abbott’s executive order, which is set to lapse April 21, states that “all licensed health care professionals and all licensed health care facilities shall postpone all surgeries and procedures that are not immediately medically necessary to correct a serious medical condition of, or to preserve the life of, a patient who without immediate performance of the surgery or procedure would be at risk for serious adverse medical consequences or death, as determined by the patient’s physician.”

The next day, Texas Attorney General Ken Paxton, also a Republican, clarified that the ban encompasses abortions, except when the woman’s life or health is at risk. He warned that abortionists who continued operating in defiance of the ban would face criminal charges.

The Texas ban is considered one of the strictest of the temporary state-level abortion curbs. Violators could be fined $1,000 or jailed for 180 days.

Abortion providers convinced U.S. District Judge Lee Yeakel to issue a temporary injunction blocking the Texas ban as it applied to abortions. The judge found that the order “prevents Texas women from exercising what the Supreme Court has declared is their fundamental constitutional right to terminate a pregnancy before a fetus is viable.” But days later, a three-judge panel of the 5th Circuit Court of Appeals ruled in favor of the state and lifted Yeakel’s injunction.

The Center for Reproductive Rights and Planned Parenthood Federation of America held off for a few days on taking the matter to the Supreme Court as the litigation continued to work its way through the lower courts. They then apparently hedged their bets April 11, filing an emergency application for a stay with Supreme Court Justice Samuel Alito to allow abortions to resume in the Lone Star State.

The applicants claimed in a filing with the high court that the ban was “the most restrictive abortion policy in the nation,” and that its continuation would “deny hundreds of Texas residents their constitutional right to obtain an abortion,” compelling women to “either remain pregnant and endure the physical, economic, and emotional consequences of pregnancy or to undertake risky and expensive travel to other states where abortion is still available.”

That could heighten the possibility that the virus would be transmitted, lawyers claimed, because patients getting an abortion late in their pregnancy or giving birth require more personal protective equipment and hospital resources than an abortion early in the process.

Meanwhile, a panel of the 5th Circuit revisited the increasingly complex case, ruling late April 13 that medication abortions in which the patient aborts by swallowing pills, will be allowed in Texas despite the governor’s executive order. Such abortions are done in the first 10 weeks of pregnancy and are said to consume little protective equipment.

The Circuit Court has held the Texas ban is valid overall as a public health measure and that it doesn’t single out abortions for special treatment. Constitutional rights may be “reasonably restricted” during an ongoing public health crisis, the judges ruled, adding Abbott’s order should be seen as a “temporary postponement” and not an “absolute ban.”

The abortion providers withdrew their application to the Supreme Court on April 14.

On March 4, before preventive lockdowns had been ordered across the United States, the Supreme Court heard oral arguments in June Medical Services LLC v. Russo. The litigation challenges a Louisiana law that requires abortionists to have hospital admitting privileges close to where the procedure takes place. The high court has yet to render a decision.