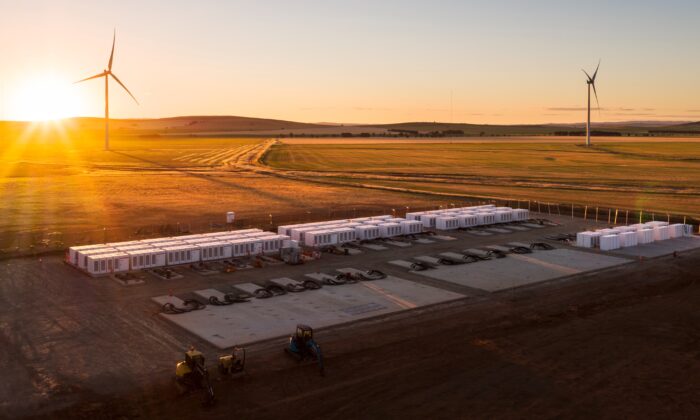 South Australia’s big Tesla grid battery is being taken to court by the Australian Energy Regulator (AER) after failing to provide grid stability measures despite being obligated to do so.

Known officially as the Hornsdale Power Reserve, the 150 Megawatt (MW), 77 minute grid battery was built by Tesla, and is now owned and operated by Neoen—a company headquartered in France. It was the largest in the world at the time of construction.

However, AER has instituted proceedings against the battery’s owner after the Australian Energy Market Operator (AEMO) alleged the Tesla big battery failed to ensure frequency control between July and November 2019.

Maintaining grid frequency is a critical requirement in ensuring energy supply and stability, but almost all batteries are unable to perform this function due to technical limitations.

This means that should frequency have dropped during this period, the battery would have been unable to support the grid potentially resulting in energy instability and blackouts.

“It is vital that generators do what they say they can do if we’re going to keep the lights on through the market’s transition to variable renewable generation,” AER Chair Clare Savage said in a media statement.

“We expect providers to be in a position, and remain in a position, to respond when called upon by AEMO,” Savage said. “Failure to comply with the latest market ancillary service offer and AEMO dispatch instructions is in breach of the National Electricity Rules and may result in AER enforcement action.”

What Is Grid Frequency, And Why Does It Matter?

In addition to supply, maintaining frequency is a critical aspect of a functioning grid.

Every home or power station has an alternating current (AC) running through its cables at a frequency of 50 Hertz (Hz).

Typical coal, gas, and hydropower systems are backed by turbines that make generators spin at 50 revolutions per second—or 50 Hz. And as a result, every part of the grid is inextricably linked to this frequency.

However, typical batteries instead operate by “listening to” and matching the frequency of the grid. And as Australia transitions away from coal and gas generators, issues arise over who actually sets the frequency in the first place—a task normally performed by the spinning turbines.

On the other hand, AGL’s new “grid-forming” battery in South Australia seeks to address this issue, and is the largest-of-its-kind battery in the world to have the capability of maintaining grid frequency.

Expert in electrical grid systems and Professor of Engineering at the University of Melbourne, Iven Mareels, believes that lithium batteries are incapable of supporting the Australian grid amid a transition to more renewable energy sources.

Mareels said the issue lies in that too many batteries would be required to provide backup power for a sufficient period of time.

“They do have a role to play,” Mareels previously told The Epoch Times. “But you can never build batteries enough to store for the grid.”

For example, the Tesla big battery in South Australia cost around $172 million and is capable of outputting at 150 MW for at most 77 minutes.

In comparison, Snowy 2.0—currently being built by the Australian government—is a 2,000 MW pumped hydro storage system capable of running for up to 75 hours.

Although the project is estimated to cost between $3.8 billion and $4.5 billion—25 times as much as the Tesla big battery—the storage capacity will be 1,800 times greater.

Furthermore, Mareels noted that lithium-based batteries were not renewable given the difficulty in recycling lithium, a finite resource mined from the Earth.