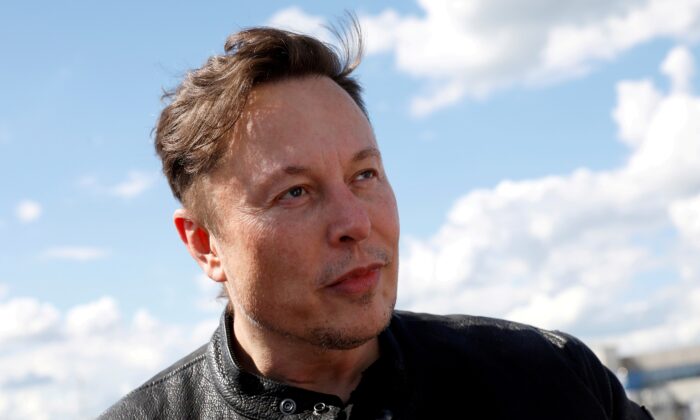 SpaceX founder and Tesla CEO Elon Musk looks on as he visits the construction site of Tesla's gigafactory in Gruenheide, near Berlin, Germany, on May 17, 2021. (Michele Tantussi/Reuters)
Companies

“Thinking of quitting my jobs & becoming an influencer full-time wdyt,” Musk said in the Twitter post, without elaborating.

It was not immediately clear if he was being serious about quitting his roles. He did respond to several replies with career suggestions if he quit his CEO title.

Jimmy Donaldson, an American YouTuber who’s better known by his online alias MrBeast, told Musk that he can coach him on how to get YouTube views. Musk replied with folded hands showing appreciation.

“Maybe I will,” Musk responded when another prominent Twitter user committed to being his first subscriber as the Tesla CEO set up an account on OnlyFans.

Musk, who is also the founder and CEO of rocket company SpaceX, and leads brain-chip startup Neuralink and infrastructure firm The Boring Company, said during a conference call in January that he expects to be the CEO of Tesla for “several years.”

“It would be nice to have a bit more free time on my hands as opposed to just working day and night, from when I wake up to when I go to sleep 7 days a week. Pretty intense.”

The billionaire is known for taking serious business decisions on his social media account. Last month, he asked his followers on Twitter whether he should sell 10 percent of his stake in the electric-car maker, to which the majority agreed. He has sold shares worth nearly $12 billion since.

The billionaire is known for his Twitter banter and lively interactions with followers which have in the past raised regulatory and corporate governance questions, lawyers have said.

Musk was fined $20 million by the U.S. Securities and Exchange Commission for tweets in 2018 and was required to step down as chairman.

Howard Fischer, a partner at law firm Moses & Singer, said he doubted Musk’s latest tweets violated any rules because they were too vague.

He added: “I think that Musk’s social media comments are subject to a substantial discount, as it were, by the market, as compared to other executives.”