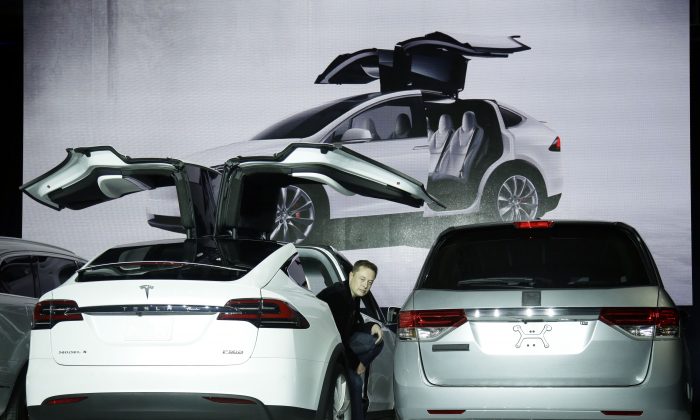 Tesla to Acquire SolarCity for $2.6 Billion

Tesla and SolarCity announced on Aug. 1 that they reached an agreement to merge. Both companies’ boards of directors approved Tesla’s proposal from June 21.

Tesla Motors Inc. (TSLA:NASDAQ) agreed to buy SolarCity Corp. (SCTY:NASDAQ) in an all-stock deal, which valued the solar energy company at $2.6 billion. Elon Musk is the chairman and largest shareholder of both companies. Lyndon Rive, the CEO of SolarCity is a cousin of Elon Musk.

“Solar and storage are at their best when they’re combined,” stated Tesla in its blog. With Tesla being the storage and SolarCity the solar company, the combined entity aims to create fully integrated residential, commercial, and grid-scale products.

The companies expect to achieve cost synergies of $150 million in the first full year after closing.

Under the agreement, SolarCity stockholders will receive 0.110 Tesla common shares per SolarCity share. This valued SolarCity common stock at $25.37 per share based on the 5-day volume weighted average price of Tesla shares as of July 29, 2016.

By joining forces, the companies believe they will operate more efficiently and fully integrate their products, “while providing customers a simple one-stop solar plus storage experience: one installation, one service contract, one phone app,” the company states on its blog.

The companies expect to achieve cost synergies of $150 million in the first full year after closing the deal.

SolarCity will be able to leverage Tesla’s 190-store retail network and international presence to extend the combined reach.

As part of the agreement, SolarCity has a 45-day period known as a “go-shop,” where the company can look for other bids. The period will run until Sept. 14.

The transaction is expected to be closed in the fourth quarter of 2016. Before then, the deal must be approved by a majority of the shareholders of both Tesla and SolarCity voting at each shareholder meeting. The companies will also need to obtain regulatory approval and meet other closing conditions.

Investors of Tesla and SolarCity have been worried about the massive cash burn at both companies.

During a conference call on June 22, Musk described the deal as a “no-brainer,” but Wall Street did not welcome the decision. The announcement in June had caused Tesla shares to drop 12 percent, losing more than $3 billion in market value in a few days. However, Tesla shares have recovered since then.

Based in San Mateo, California, SolarCity designs and installs solar panels at residences across the United States. The company sells long-term contracts and is the market leader.

Tesla had net losses in each quarter since its inception—except for the first quarter of 2013. Its accumulated deficit reached $2.6 billion in March 2016. It is only expected to become profitable by 2020.

We are skeptical of the benefits.
—  Barclays

Investors of Tesla and SolarCity have been worried about massive cash burns in both companies.

“We are skeptical of the benefits,” stated Barclays in a research report in June. “Not only do solar panels on cars make little sense (they’d be largely cosmetic), we think powering Tesla recharges with SolarCity panels will be tough given recharges occur at night.”

“We believe the assumption of another $2.6 billion of debt to fold in a solar company with limited synergies and uncertain growth and cash prospects only reinforces our negative view of Tesla,” the report stated.

Tesla’s takeover comes at a time of significant struggles for SolarCity. The solar company’s stock price has been very volatile since its IPO in 2012, and it tumbled more than 50 percent since the beginning of this year.

The company frequently falls short of its installation goals and lost $283 million during the first quarter of 2016.

Morgan Stanley analyst Adam Jones, formerly known as one of the most bullish analysts, said the risks related to the takeover outweigh any rationale.

Tesla’s shares have come under pressure due to negative news including a failure to meet its shipment targets, the U.S. safety agency’s investigation of the autopilot system after a fatal crash, and finally the surprise acquisition of SolarCity.

“While each of those stories has created pressure on the stock, the price has held up surprisingly well, frustrating long-time short sellers who have been waiting for a correction in what they see as an overhyped stock,” wrote Aswath Damodaran, professor of finance at New York University, on his blog.

“Why has Tesla’s stock price not collapsed facing this adversity? I think that Tesla’s price action illustrates the power of the ‘big story’ and the sometimes difficult-to-understand market dynamics of story stocks,” he stated.