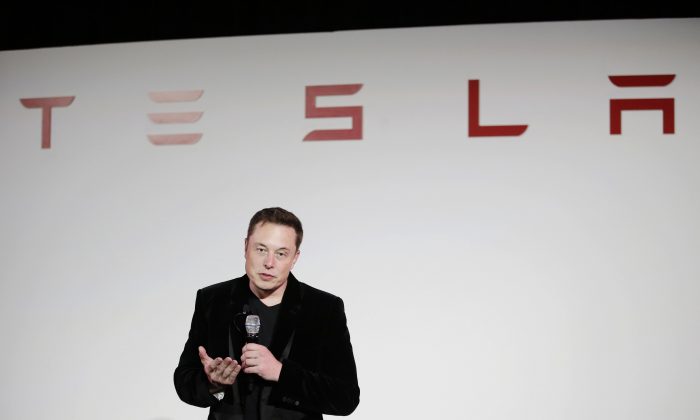 Tesla Motors got approval from investors to combine with SolarCity Corp. in an effort to expand the market for solar power and give electric car owners new options for solar charging.

Shareholders of both companies backed the merger by a wide margin Thursday. Tesla said 85 percent of shareholders who voted approved the deal.

The deal, first proposed by Tesla CEO Elon Musk proposed in June, has had more of a mixed reaction on Wall Street. Analysts wondered why Tesla would want to take on SolarCity while it’s building a big battery factory in Nevada and preparing to launch its first mass-market car, the Model 3, due out at the end of 2017. Shares of both companies dropped in the ensuing months.

There were also complaints of a conflict of interest for Musk. He is the chairman of both companies, and SolarCity is run by his cousins.

But Musk convinced shareholders that the deal was, as he originally stated, “a no-brainer.” Earlier this month, he said SolarCity—the largest home solar panel installer in the U.S.—could add $1 billion in revenue to the combined company next year and could add $500 million in cash to Tesla’s coffers over three years. And at a big party in Hollywood, he unveiled what he hoped would be the combined companies’ first product: glass solar roof panels that look like traditional roof tiles.

“I think your faith will be rewarded,” Musk told shareholders Thursday. He said the solar roof tiles would be ready for installation in large volumes by next summer.

The all-stock deal was worth $2.6 billion when the companies approved it in August, but the final terms will be determined by the value of Tesla shares on the day the merger goes into effect. SolarCity said it expects the deal to close in the coming days.

Musk and two other Tesla directors who sit on SolarCity’s board recused themselves from the vote, but that didn’t stop some shareholders from suing. They claim the merger is an attempt to use one company to bail out another. Musk owns 22 percent of both companies.

Tesla posted a net profit of $22 million in the third quarter, its first quarterly profit in three years. SolarCity reported a third-quarter loss of $225.3 million.

Efraim Levy, an equity analyst at CFRA Research, was among those against the deal because it could distract Tesla’s management and increase the company’s need to raise cash next year. He has a “hold” rating on Tesla’s stock.

“Elon Musk is clearly a force for change, but we think TSLA shareholders will see rewards delayed,” Levy wrote in a note to clients.

Down the road, Levy said, there are some potential upsides. Tesla and SolarCity have said they could save $150 million in the first full year thanks to reduced marketing costs and other synergies. Levy said the deal could also reduce the cost of financing for SolarCity.