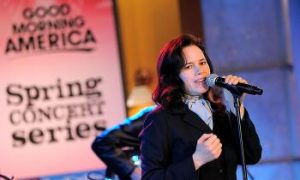 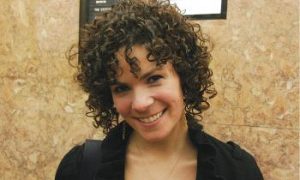 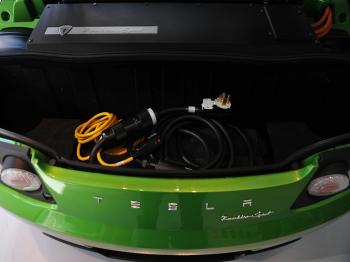 TESLA: A charging cable is seen in the trunk of a Tesla Roadster Sport Feb. 10 during the launch of the new Tesla showroom in Washington, DC. Tesla shares soared after an analyst upgrade on Thursday. (Mandel Ngan/AFP/Getty Images)
Business

By Epoch Times Staff
Print
Shares of Tesla Motors, the manufacturer of electric vehicles, soared Thursday on the Nasdaq Stock Market, after investment bank Morgan Stanley & Co. upgraded the stock. Shares ended the day up 17 percent at $27.75. Analysts at Morgan Stanley said that the market for electric vehicles may take off in a shift by consumers from gas to electric vehicles in the near future, according to a note released Thursday. The bank gave a price target of $70 for the California-based automaker. Tesla, which is currently working on a four-door electric performance sedan, had its initial public offering last summer and saw significant interest from investors as governments poured investment into the alternative energy industry.
TOP NEWS