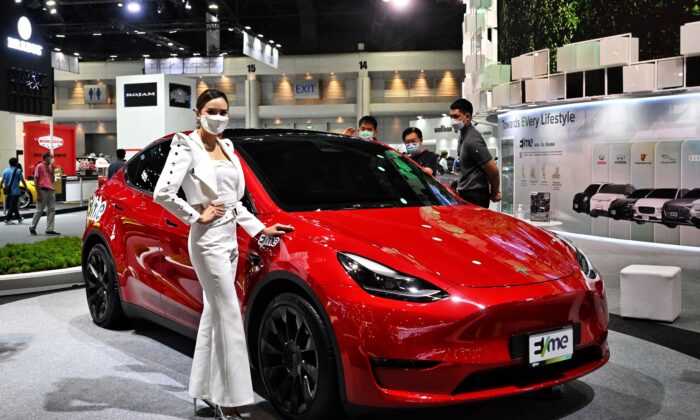 Tesla has launched a recruitment drive in Thailand, its website shows, signaling an expansion of the American electric vehicle (EV) manufacturing company in the Southeast Asia automotive hub.

Tesla’s entry into Thailand is aligned with the government’s goal to boost the use of EVs in the country and produce 725,000 EVs annually by 2030.

Tesla registered as a company in Thailand in May with a capital of 3 million baht ($82,200). The U.S.-based EV maker initially targeted the Indian market, but the plan was put on hold due to India’s import duties on fully imported cars.

Thailand is Asia’s fourth-largest auto assembly and export hub for companies like Toyota and Honda. It produces about 1.5 million to 2 million vehicles annually, of which about half are exported.

Thailand is not expected to be a production site for Tesla for now, though the government has been promoting sales of EVs, and there is speculation the company might set up official showrooms.

Meanwhile, Indonesian President Joko Widodo had urged Tesla to manufacture its cars and batteries in Indonesia as he seeks to boost the production of EVs by 2030. Indonesia was also considering imposing a tax on nickel exports to boost revenue.

Tesla also signed a five-year contract with nickel processing companies in Indonesia last month, which is worth about $5 billion. The nickel materials will be used in Tesla’s lithium batteries.