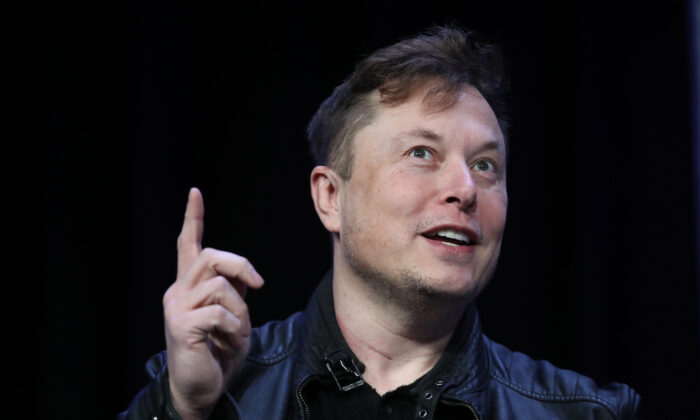 Elon Musk, founder and chief engineer of SpaceX, speaks at the 2020 Satellite Conference and Exhibition in Washington on March 9, 2020. (Win McNamee/Getty Images)
Companies

Text messages between Elon Musk and a representative of a Saudi Arabian investment firm have now surfaced as part of an ongoing shareholder lawsuit, shedding more light on the billionaire’s controversial 2018 tweet about taking the publicly traded company, Tesla Inc., private.

“Am considering taking Tesla private at $420. Funding secured,” Musk said in the April 7, 2018, tweet. Shareholders sued Tesla and Musk, arguing that they lost money following the tweet. Stock trading on Tesla’s shares had initially halted and was highly volatile for several weeks.

As part of the lawsuit, a 300-page motion (pdf) detailing text messages between Musk, his friends in Silicon Valley, investors, and Yasir Al-Rumayyan, the managing director of Saudi Arabia’s Public Investment Fund (PIF), was filed on April 22.

In a text message, an angry Musk talked about a Bloomberg article which reported that PIF was talking with Tesla about taking the company private.

“This is an extremely weak statement and does not reflect the conversation we had at Tesla. You said you were definitely interested in taking Tesla private and had wanted to do so since 2016. You also made it clear that you were the decision-maker, moreover backed strongly by the Crown Prince, who regards this as strategically important at a national level,” Musk wrote. “I’m sorry, but we cannot work together.”

“It’s up to you Elon,” Al-Rumayyan responded.

“You are throwing me under the bus,” said Musk.

Al-Rumayyan eventually told Musk that PIF could not approve something that they didn’t have sufficient information about. He argued that despite Musk agreeing to send PIF financial information on Tesla in a week, “nothing happened since.”

Musk retorted that since Tesla was a publicly traded company, details about earnings were available in the company newsletter.

“There are many other investment funds who want to be part of this deal. We do not need your fund to get this done. I will not work with an organization who’s [sic] public statement to the media do not match their private statements to me and my team,” Musk messaged.

The billionaire entrepreneur told Al-Rumayyan to apologize to the crown prince on his behalf and explain why Tesla’s transaction with PIF would not take place. Al-Rumayyan insisted that PIF had not talked with the media. But Musk said that the Bloomberg article was a “weak sauce” that made him look like a liar.

“I am sorry, but there will be no further communication unless you fix the public perception of wishy washy support and interest from PIF. That is not what you said to me and my team privately. Someone is either a friend or not a friend and no friend says one thing privately and another thing publicly. This is not right,” Musk said.

Since the discussion, Tesla has gone on to build multiple factories worldwide and has become a $1 trillion company.

As to the lawsuit filed by Tesla shareholders, a judge ruled in early April 2022 that a reasonable jury would find Musk’s 2018 tweets inaccurate or misleading. Musk’s attorneys are insisting that the entrepreneur has been truthful on the matter and have not ruled out an appeal.