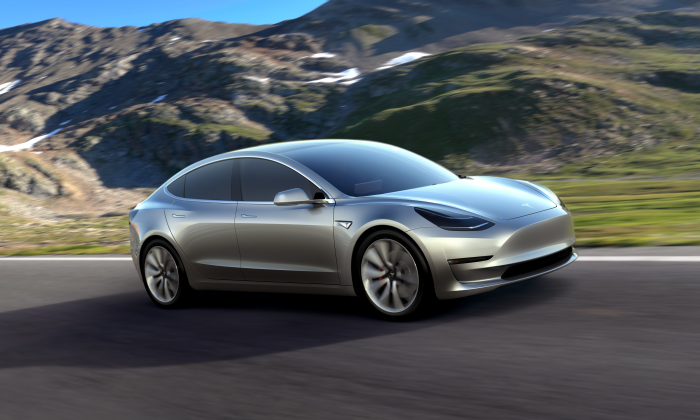 The electric car manufacturer also said they may use a portion of the net proceeds from the offering for working capital and other general purposes.

In connection with the offering, Musk will exercise stock options to purchase 5,503,972 shares of common stock that are set to expire on December 3. Musk will then sell half of these shares, worth nearly $570 million, to finance the taxes due because of the option exercise.

So the number of shares held by Musk will increase despite the share sales and a donation of 1.2 million shares owned by him to a charity.

The company disclosed news after 4 p.m. on March 18 and the shares opened about 2.7 percent higher the next morning, rising to $213.9 on the Nasdaq.

Tesla unveiled the Model 3, a lower-priced sedan designed for the mass market, in the first quarter of 2016. The company now holds deposits from about 373,000 customers who have made reservations for the car.

“We have obtained this level of reservations without any advertising or paid endorsements, with only a few social media posts,” stated the company.

“Because of the significant demand that we have seen, we have decided to advance our 500,000 total vehicle build plan (combined for Model S, Model X, and Model 3) to 2018, two years earlier than previously planned.”

Tesla designs, develops, manufactures, and sells fully electric vehicles, and energy storage products. The company is currently producing and selling the Model S sedan and the Model X sport-utility vehicle with prices starting at $71,500 and $85,500, respectively. Model 3 will be offered with a price tag of $35,000.

The company had net losses in each quarter since its inception, except for the first quarter of 2013. Its accumulated deficit reached to $2.6 billion in March 2016.

Goldman Sachs, which is a co-lead on the $2 billion Tesla share sale, upgraded Tesla from “neutral” to “buy” with a $250 price target. Goldman’s report came out few hours before the share sale announcement on May 18.