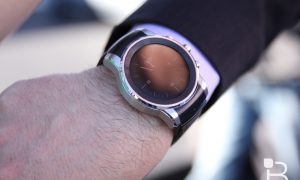 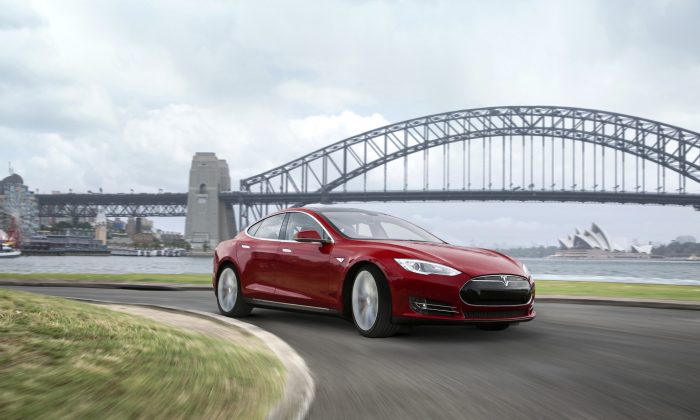 Tesla Electric Cars Up for the Challenge Down Under

SYDNEY—Plush seats, a sleek Maserati look, a 17-inch touch screen on the console – the taxi felt positively luxurious as it glided ever so quietly through the tiny roads of France’s Perigord North. It could have been a French car – or at least European – but to our surprise it was American! Our French taxi driver, Christoph Kusters, had introduced us to the Tesla Model S all-electric sedan.

Monsieur Kusters was over the moon about his purchase, the first taxi owner in Aquitaine to buy the five passenger electric vehicle (EV). A big outlay initially, it had already recovered the expense in savings on diesel and ticked all the boxes for speed, performance and comfort. Even recharging stations, should he need them, were easy to locate on his touch screen.

Now Tesla has finally opened up shop in Australia, albeit only one – in North Sydney. They sell direct to the public, as well as online, and a second retail outlet is due to open in Victoria’s Chadstone within weeks.

The dual engine all-wheel drive P85D will be available towards the end of year. The P85D is capable of doing from 0 to 100 km in 3.4 seconds and is now considered the fastest accelerating 4-door car in the world.

Like Mr Kusters, many see the future in EV’s. European sales of EVs jumped 77 per cent last year and car manufacturers are increasing their range of both all electric and hybrids.

In Australia, the roll out of electric cars will be a challenge however, says Dr Nesimi Ertugrul, from the University of Adelaide’s Electrical Engineering Department.

“The barriers for the electric car in Australia are similar to the global demands: longer range and competitive cost,” he said in an email.

But there are specific barriers – the Australian Government is one of the few in the world to deny incentives for the take up.

Australia also suffers from a lack of skilled electrical technicians plus government reliance on a fuel tax, says Dr Ertugrul.

While most customers will charge their cars at home at a cost of around $25, Mr Walker says there are already two supercharging stations in Sydney, one in North Sydney and the other at Star City, Pyrmont. And there are big plans for the future.

On Jan 11, the company announced that ten superchargers will be in place before the end of the year growing to a network of 16 superchargers between Brisbane and Melbourne.

“By the end of this year we are looking to join Sydney, Canberra and Melbourne and by the end of 2016 we want to join all major cities on the east coast,” Mr Walker said in a phone interview.

Superchargers, powered by renewable and in some cases solar energy, are free and take 20 minutes to charge 50 per cent of the battery and just under an hour for a full charge. They will be located near restaurants and amenities, providing a good stopping point for travellers.

“It is really good for the ‘Stop, Revive and Survive message’,” he said “It allows you to re-energise yourself and your car at the same time.”

Dedicated to developing sustainable transport, it was under his leadership that Tesla brought the Roadster to market in 2008. With a sleek design, an ability to jump from 0 to 60 mph in 3.7 seconds and a driving range of 390 kilometres, the sports car transformed the image of the electric car from a slow, unwieldy beast to a viable form of transport.

Around 2500 Roadsters have been sold in 31 countries, but for Mr Musk the main game was always an accessible car for the masses.

The Model S, launched in 2012, is halfway there. It is expensive but as a totally electric car, as opposed to a hybrid, it provides a lot of advantages.

The Model S has fewer parts, so it requires less servicing and fewer costs. There is also the battery – Tesla batteries are unique in that they are made up of lots of small lithium ion cells, like ones found in laptops and mobile phones, as opposed to one big one. The battery shape then is more flexible and now lies flat, forming the base of the car. This in turn frees up both front and back boots, providing much more storage space.

And then there are the state of the art electronics. In Australia, Tesla has forged a new agreement with Telstra, providing connectivity Australia wide for the many Tesla electronic features including remote engine diagnostics, geo-location and infotainment systems.

“When you take purchase of your vehicle it is the worst that it will ever be,” Mr Walker said. “The car will only get better with time, as we add new features to the vehicle that are downloaded via the update.”

While it does not massage your feet or rub your shoulders (yet), the Tesla can be remotely pre-warmed or pre-cooled, remember and adjust its height above the road as required, and will eventually be able to auto-park and drive.

Battery specifications are key to the electric car, particularly the cost, size and distance before charge. Tesla has taken the challenge seriously, investing millions in research.

They have joined forces with the Japanese battery giant Panasonic and are now building a “gigafactory” in Nevada, USA, where they expect to reduce the cost of batteries by a third.

There are also new cars – Tesla plans to release a Model X, SUV in the US in the coming year and after that will focus on a small sedan, the Model 3, due around 2017.

“That will come in at half the price of the Model S,” said Mr Walker.

But the race for electric cars is now on and car manufacturers are stepping up. In Detroit this week, General Motors made much fanfare of a new glass roofed, five door EV, the Chevrolet Bolt, expected to come in at around $US30,000.

Ironically, the concept car on display was designed and constructed in Australia, at GM Australia’s design studio in Port Melbourne. GM announced in 2013 that it would close production in Australia – process expected to be complete by 2017.

The Bolt will be capable of driving 322 kilometres (200 miles) on a charge and is due for release around 2017, a move seen by some analysts as a direct attack on Tesla’s Model 3.

Mr Walker would not comment on what other car companies were doing but said he welcomed more electric cars on the road.