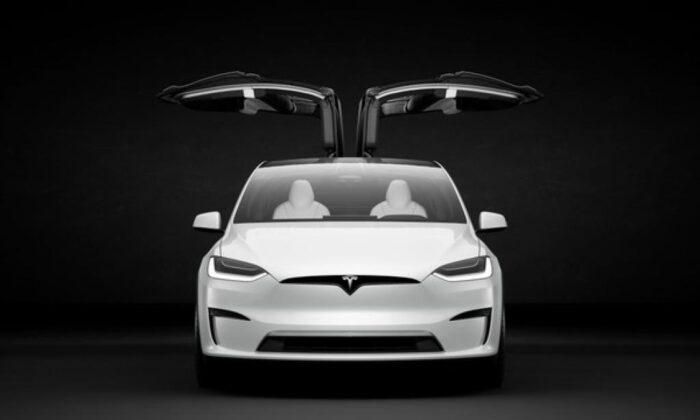 Technology heavyweights like Tesla and Meta Platforms contributed to record gains Monday on Nasdaq although restraint was shown by investors anticipating a tapering of the Federal Reserve’s $120 billion monthly bond buying program.

The Fed is expected to scale back on pandemic-era support this Wednesday while investors are expecting to find out more about the consequences of the current inflation hike. Goldman Sachs anticipates an increase in interest rates given the elevated levels of inflation.

“This (meeting) is going to be a relatively big deal,” said Paul Nolte, portfolio manager at Kingsview Investment Management in Chicago, according to Reuters. “We are expecting to hear the glide path for tapering the bond purchases.”

Tesla shares jumped 8.5 percent Monday giving the biggest boost to stock markets. But a tweet by Elon Musk claiming that the 100,000-car-deal with Hertz has not been signed resulted in the company going down 4.1 percent Tuesday.

Tesla entered the trillion-dollar club last week. Musk also downplayed the deal saying that Tesla had more demand than supply and, because of this, Hertz was not going to get a discount. Musk’s tweet had wiped off almost $40 billion from the company’s market value.

“We had a little bit of chasing this morning and now that’s coming off. This market keeps getting driven by the likes of Tesla really,” said Dennis Dick, a trader at Bright Trading LLC.

Shares of Meta Platforms, formerly Facebook, rose more than two percent Monday. The company’s rebranding to include a host of cutting-new technology like augmented reality has inspired the sector as well as eager investors. Mark Zuckerberg has promised to invest at least $10 billion in the metaverse for just this year.

Besides tech stocks, Harley Davidson rose 6.8 percent owing to the removal of European Union restrictions placed as a retaliatory measure against American sanctions.

Many analysts are optimistic about Meta’s prospects including Global Equities Research analyst Trip Chowdhry who, according to The Motley Fool, has set the share target price at $500 from the current $328. He thinks the metaverse is a game-changer comparable to Apple’s revolutionary release of the iPhone.