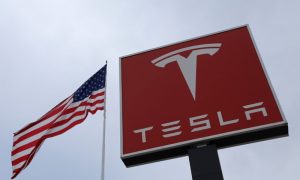 American automotive and energy company Tesla has announced it has dropped the price of its Model 3, Model S, and Model X electric vehicles. United States consumers got a $2000 reduction to counter the adjustment of the federal electric vehicle tax credit that took effect at the beginning of the year.

The tax credit varies depending on the size of the vehicle and battery capacity. For Tesla models the credit began at $7500, and every six months halved until being completely phased out. As of Jan.1 the Tesla tax credit is $3750, prompting the company to reduce recommended retail prices to appeal to customers. The price reduction and lower then expected sales predicted by analysts are blamed for causing Tesla shares to fall. At the opening bell at the stock market shares in the company fell more than 8 percent.

The automaker produced 86,555 vehicles and 25,161 Model S and X vehicles in the fourth quarter. This included 61,394 Model 3 vehicles, representing a 15 percent increase on the previous quarter.

For the year Tesla reported a total of 245,240 vehicles delivered, which were almost as many vehicles manufactured in all previous years combined. Those delivered were 145,846 Model 3 and 99,394 Model S and X.

Model 3 deliveries for the fourth quarter were limited to mid- and higher-priced versions sold to North American customers only.

Tesla plans to expand to international markets, starting with delivery to Europe and China in Feb. 2019. Later this year the company will produce a right-hand drive variant.

According to Tesla, 2018’s achievements “likely represent the biggest single-year growth in the history of the automotive industry.” The company tripled its delivery rate, after starting the year with an annual delivery run rate of about 120,000 vehicles. The year ended with more than 350,000 vehicles delivered annually.

Additionally, Tesla held the best selling American premium vehicle in the United States year-round for the first time in decades, with sale of their Model 3 close to double those of other American vehicles.

The federal electric vehicle tax credit for Tesla vehicles will drop to $1,875 on July 1, 2019. Federal income tax credits are also available to anyone who purchases a Tesla solar electric system including solar panels and a solar roof. Some states and local utilities also offer additional incentives for customers in the form of a rebate.

Tesla is an advocate for clean and sustainable energy and storage products, pushing the standard away from fossil fuels and towards zero-emission.