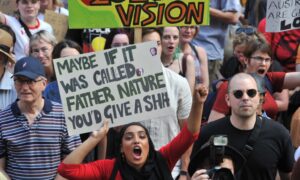 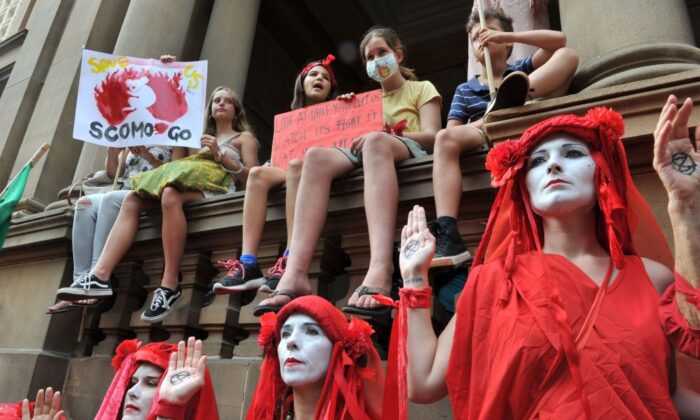 Claims that climate change poses a “risk” to the coal industry are “ludicrous,” according to a leading U.S. economist, who has warned Australian members of Parliament not to allow overseas institutions to dictate the country’s development.

John Cochrane, a senior fellow at the Hoover Institution at Stanford University and author of “Asset Pricing,” a widely used textbook in universities, said even if oil wells, and coal mines began losing value due to a shift towards renewable energy development, the transition would be gradual over several decades and not immediate.

“The financial system will not blow up,” he said, noting these industries had been stable for decades and were funded by long-term debt, which was not volatile.

“The dangerous assets are the Teslas of the world: the high-flying, overpriced growth stocks. The slow decline of industries has never caused financial problems,” he added. “The 2000 tech bust was not a bust of the typewriter industry; it was a bust of the new industries. That’s been the pattern throughout history.”

Members of Parliament in Australia are holding an inquiry into the financial sector’s support of the country’s export industry, which includes resources such as coal and gas.

However, over the course of the inquiry, leading banks, insurers, and wealth funds revealed their reluctance to continue supporting coal mining businesses, claiming a decline in such industries would come about due to the global shift towards renewable energy. This, in turn, posed a supposed “risk” to financial institutions.

As a result, many banks and wealth funds have withdrawn support from coal mining projects to mitigate this risk, which has led to small to medium-sized resource companies complaining of the increasing difficulty of getting their projects off the ground—which could impact employment in regional areas in future.

Cochrane was also critical of the bank’s characterisation of risk, telling the Joint Standing Committee on Trade and Investment Growth, “This is a fantasy invoked to get around the legal restriction that regulators are just not allowed to send money where they like for political ends.”

“It’s really a usurpation of your power in the legislature to either make these difficult decisions on behalf of Australians or to not make them if you think they are unwise,” he said.

Cochrane also pointed to the “elephants in the room” on the climate change issue, which was China, India, and developing nations.

“Electricity is a wonderful thing for the world’s poor. India, Bangladesh, all these countries need electricity, and coal is still the cheapest way to get it.”

Most demand would come from Asia, with IEA estimating that China could account for over half of global growth and India around nine percent. The IEA also conceded that fossil fuels would be needed to supply that demand, despite growth in the renewable sector.

Australia, meanwhile, has continued to face pressure to set more ambitious targets to cut carbon emissions in the country, a move it has resisted so far.

“If you decide you want to get out of the coal business—or you want to let financial industries do it for you—realise that the coal you don’t mine does not necessarily mean there’s that much less carbon because somebody else will mine it and sell it to the Chinese and Indians as long as they’re still going this way,” Cochrane said.