Alex Azar on CCP Coverup of Pandemic: We Learned About the Virus From Taiwan
0
Share Now
TelegramFacebookTweetEmailTellMeWeReddit
Copy Link 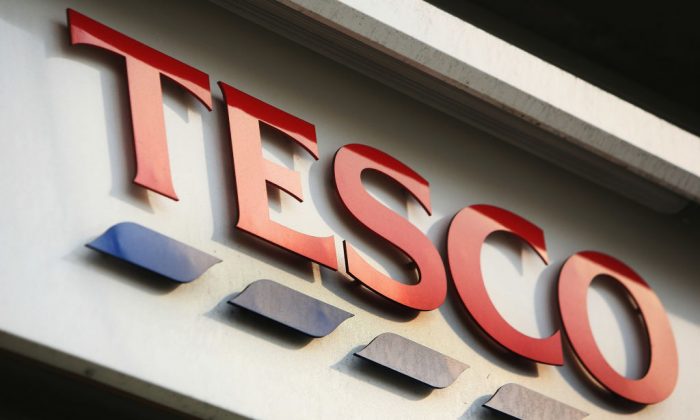 A store sign for Tesco is pictured in central London, on Jan. 14, 2008. (Daniel Berehulak/Getty Images)
UK

UK’s Supermarket giant Tesco on Saturday briefly closed one of its branches in Greater Manchester after a staff member passed away amid a CCP virus outbreak.

The supermarket chain had confirmed on Friday that a “number of colleagues” at the branch were off work due to “self-isolation, test and trace, or COVID-19.”

It also confirmed that one staff member had passed away, without confirming the cause of death “out of respect for the employee’s family.”

The store has now reopened after a few hours of closure.

A spokesperson for the supermarket chain said the store was closed to allow a deep clean.

“The safety of our colleagues and customers is our immediate priority,” the spokesperson wrote, in a statement emailed to The Epoch Times.

“Our Stretford Extra is now open again after a temporary closure to carry out a deep clean and ensure that colleagues can get tested before entering the store,” the statement reads.

‘We continue to work in partnership with Trafford Council and follow all Government guidance and recommendations agreed in consultation with the local Public Health authority, and apologise for any disruption this may have caused,” it added.

The store said that it started testing all of the branch’s 455 staff members since Friday in partnership with Trafford Council.

It also said that the store has a number of measures in place to minimise the spread of the CCP (Chinese Communist Party) virus, commonly known as the novel coronavirus.

“Please remember that this disease can be passed on not just by standing too near someone in a supermarket queue, but also by handling something touched by an infected person,” Johnson said in a televised briefing.

“And remember also that one in three people with COVID have no symptoms. And that’s why that original message of ‘hand, face, space, washing your hands’ is as important as it has ever been.”

Tesco on Tuesday joined other major supermarkets in the UK that said that customers not wearing a face covering would be denied entry to their stores.

Laws enacted in the spring mandate face-coverings in indoor public areas, with exceptions, but stores have generally taken a light-touch approach, preferring to offer masks for free, but not to challenge.

The shift in policy chimes with a tougher approach by police under England’s third lockdown to the enforcement of laws aimed at stemming the spread of the CCP virus.