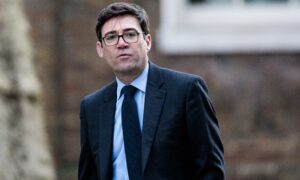 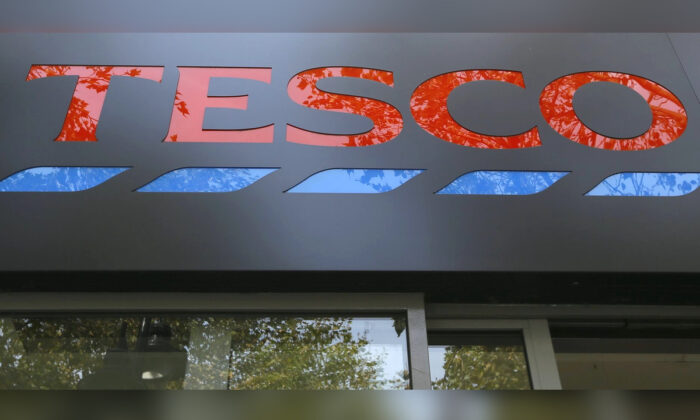 The sign on a Tesco shop is photographed, in London, on Sept. 22, 2014. (Kirsty Wigglesworth/AP Photo)
UK

Supermarket chains such as Tesco have not “taken the responsible attitude” towards enforcing the rule around face coverings, Mayor of Greater Manchester Andy Burnham said on Tuesday.

Burnham made the comment to the House of Lords’ Economic Affairs Committee, while arguing for a “more targeted way” of curbing the spread of the CCP (Chinese Communist Party) virus, commonly known as novel coronavirus.

Burnham said there needs to be a “more focused program” for shielding those who are more vulnerable to the CCP virus, as well as a more targeted enforcement of the measures.

“We also argue for a more targeted approach to venues,” he said.

Burnham said instead of a blanket closure of the hospitality sector, leaders of Greater Manchester had asked for “summary closure powers of all business premises” which they do not deem to be “COVID safe.”

“I’m not just talking about pubs and restaurants,” he said, “there are large supermarkets in Greater Manchester, who, in my view, have not properly implemented the requirements around face coverings.

“And I’ll name one chain Tesco I don’t believe they have taken the responsible attitude to this issue,” he added. “They’ve said it’s not for them to enforce well I think it is for those organisations to enforce.”

Burham said the targeted approach would be better than “blanket restrictions that may or may not have the impact that the government wants on the virus.”

In an email to The Epoch Times, a Tesco spokesperson said the supermarkets have “clear signage” explaining the rules around face covering, and have “packs of face coverings available for purchase near the front of our stores for any customers who have forgotten them.”

The spokesperson rejected Burnham’s argument that the store is responsible for enforcing the rules.

“The Government has set out reasons why customers may be exempt from wearing face coverings and has made clear that it is for the police, rather than individual retailers, to enforce this or determine if an exemption applies,” the spokesperson said.

“Our colleagues do not have enforcement powers, and asking them to do this would put them at increased risk of verbal and physical abuse.”

According to government guidelines, face coverings are required on public transport and in most indoor settings outside of homes, where social distancing may be difficult.

The guidelines also said that premises “should take reasonable steps to promote compliance with the law” and police can “take measures” in case of noncompliance.