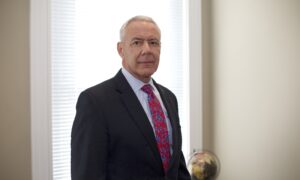 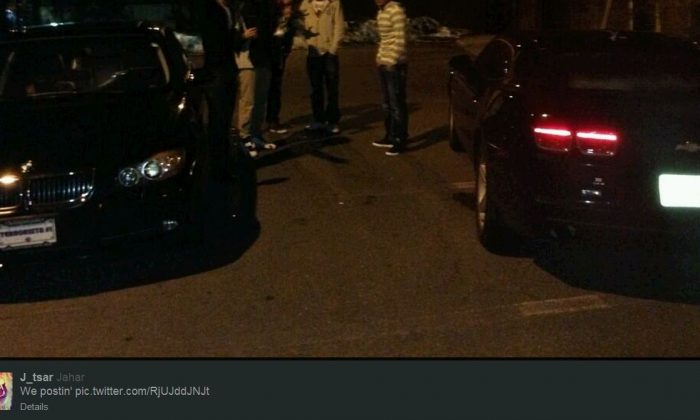 A screenshot shows the BMW with the "Terrorista #1" license plate as tweeted out by Dzhokhar Tsarnaev in March.
US

‘Terrorista #1’ license: Two men who own a BMW with the license plate that reads “Terrorista #1” and who were said to be friends with the Boston Marathon bombing suspect were taken into police custody over the weekend.

The men are foreign nationals and were arrested for immigration violations in New Bedford, Mass., according to the Daily Mail. They reportedly were friends with 19-year-old suspect Dzhokhar Tsarnaev.

They were identified by a neighbor as Azmat and Diaz. “They were in there for a while and then they took [the boys] away very quietly,” a neighbor told the New York Post.

The men are believed to be from Kazakhstan and haven’t been seen since the bombings until Friday when their apartment was raided by police. A girlfriend was also arrested.

It was reported that Tsarnaev also was on campus all of last week until Thursday night, when he became the subject of a massive police manhunt.

He also is said to have attended a party.

“He was just relaxed,” a student, who wished not to be named, told the Boston Globe on Saturday.

Other students joked that when the FBI first released images of the two suspects, one of them could have been Tsarnaev.

“We made a joke like, that could be Dzhokar,” Pamala Rolon was quoted by the paper as saying. “But then we thought it just couldn’t be him. Dzhokar? Never.”