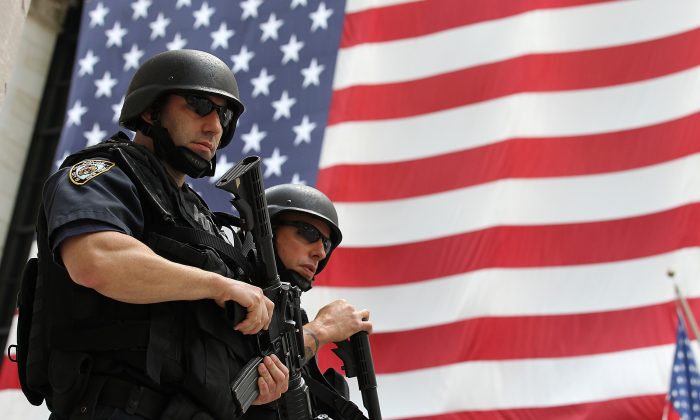 As a member of NYPD SHIELD, a counterterrorism program of the New York City Police Department, I am privileged to attend conferences and receive alerts on terrorism incidents and prevention.

Participation in this program is a reminder of the changing realities of terror, and to work together to prevent incidents. It is critical that other law enforcement agencies nationwide, in partnership with private security professionals, and the community implement comparable programs.

Terrorism is a reality of our times, and we must enhance our vigilance, leadership, and unity of effort to protect our homeland.

On the morning of July 26, I received an email alert from NYPD SHIELD on another terror attack in France.

Unfortunately, due to the accelerating terror climate these attacks have increased in frequency in France, internationally, and on American soil as well.

In this most recent alert, NYPD SHIELD provided a link to open source media about this attack at a Roman Catholic Church in Normandy. In this attack, a priest was cowardly assassinated and numerous hostages taken.

The French President Francois Hollande stated that this attack was committed in the name of the Islamic State (ISIS).

Any murder violates the most sacred principle of humanity and is a desecration of every religion. But this killing in a sacred place, where people come for sanctuary and pray for forgiveness, healing, reconciliation, and divine assistance, is horrific beyond words.

These are only some of the deadly terror attacks that have taken place internationally and remind us that the world can be a dangerous place:

July 24, 2016: An individual who pledged allegiance to ISIS, detonated a bomb at a bar in Ansbach, Germany, killing himself and wounding 15 people.

July 3: At least 325 are killed and over 200 wounded in coordinated bomb attacks, one in a busy market, in Baghdad, Iraq.

June 28: At least 41 people are killed at Ataturk International Airport in Turkey by three suicide bombers who detonated explosives.

March 22: At least 32 people are killed and 300 wounded in explosions at the Brussels Airport and a downtown shop.

November 13, 2015: 130 people are killed and hundreds wounded in a series of attacks by terrorists at a rock concert, cafes, and a stadium in Paris.

As terrorism accelerates internationally, the incidents intensifying on American soil must enhance our vigilance and security. These incidents include the following:

July 17, 2016: Three Baton Rouge police officers are killed and three injured in a cowardly ambush, only days after five police are assassinated in Texas.

July 7: Five police officers are shot dead by a sniper and nine others are wounded at a peaceful protest rally in Dallas.

July 16: A gunman kills four marines and a sailor, and also wounds a police officer in Chattanooga, Tennessee.

April 15, 2013: Two bombings at the Boston Marathon finish line kill three, including a child, and injure 183.

Before 9/11, there were warnings that terrorists were considering using planes as weapons. These included flying them into the Eiffel Tower in 1994, into CIA headquarters in 1995, and into the White House in 1996.

The attack this week at a Catholic Church in France, as well as the attack of the AME Church in Charleston, S.C., are warnings.

There was also a massacre on Aug. 5, 2012 at a Sikh Temple in Wisconsin by a white supremacist. At least six people were killed, others wounded, and members of the community terrorized.

These tragedies remind us that there is no place sacrosanct in the mind of a terrorist. There are individuals without conscience, who will take the most vulnerable innocent life and desecrate any sacred place.

These incidents, along with attacks taking place throughout the globe, must motivate us to enhance our vigilance and security countermeasures everywhere, including houses of worship.

Horrific attacks against houses of worship and religious representatives are also a sobering reminder that terrorists seek not only death and casualties, but trophies that glorify their demented ideologies.

It is critical that we enhance police-community trust through communication, programs, transparency, and accountability. This will enable America to be postured to protect our communities and our homeland.

Terrorism is accelerating and the next incident can take place anywhere, anytime, and by any means.

America must stand united and enhance our police-community partnerships. This cohesiveness must be built on the pillars of respect, courtesy, character, and patriotism that honors our democratic principles, Constitution, and Bill of Rights.

America must unite to protect our communities, houses of worship, and our homeland, as to be forewarned is to be forearmed.