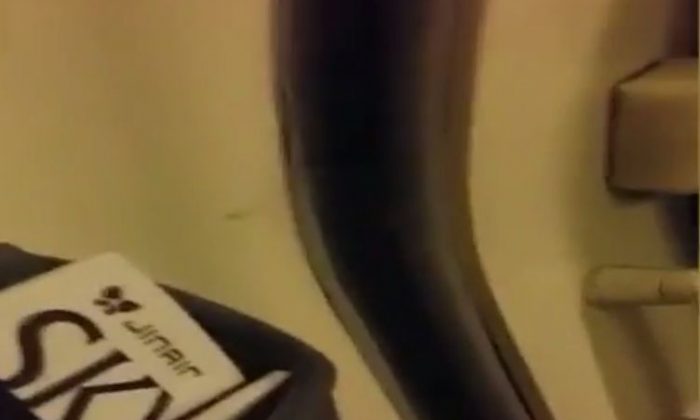 A plane carrying 163 passengers was forced to turn back around 40 minutes into the flight after it was found that the plane doors were not entirely shut.

A plane operated by Jin Air, a low-cost subsidiary of Korean Air, left Cebu in the Philippines on Sunday, and it was heading to Busan, South Korea, when it was discovered the plane door was open.

Some staff members heard a noise coming from the door, prompting them to investigate. The pilot then returned to Cebu, a public relations official told CNN. The Boeing 737-8000 was at an altitude of 10,000 feet.

One of the passengers shot a video, showing a notable gap at the plane door that was “big enough to put a finger in it,” passenger Kim Jin-bae told the Yonhap News Agency. He later said he felt “numb with a headache” on the flight and seriously thought he “was going to die.”

“Adults felt so much pain because of (the pressure on) eardrums. How painful could it be for children?” asked another passenger Lee Sang-gyu.

No injuries were reported on board the plane, but other passengers complained of nausea and headaches. Passengers were compensated with around $120 and were placed on another flight 15 hours later.

“We presume that the windy sound came from a gap in the door, which could have led to a drop in cabin pressure. Some passengers might have complained about inconvenience because of it,” a Jin Air spokesperson told The Inquirer.

South Korea’s transportation ministry has said it will fully investigate the incident when the plane returns from the Philippines.