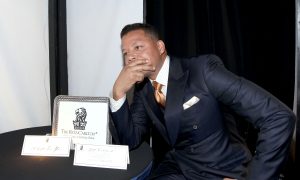 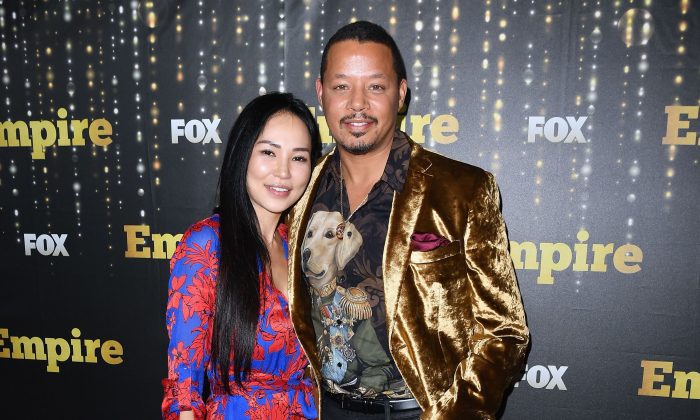 On Christmas Day, actor Terrence Howard, star of the television show “Empire,” shared photos and video of his new engagement to his ex-wife Mira Pak on his Instagram page.

Howard proposed for the second time just three years after the couple split, at Crustacean Beverly Hills over the weekend. In one photo, Pak could be seen wiping away a tear as Howard slipped a large diamond ring on her finger.

“It took me 45 years to find you, but now that I have you in my 50th year, I’ll spend the rest of eternity by your side. And I pray that everybody finds that one that will complete them for all eternity, because it means everything. I love you,” said Howard in a toast during the event.

Thank you @benballer @ifandco The Most Gifted Jeweler in The World!!! Valentines coming soon, let’s show them how to truly Love your Woman! @jeanneyangstyle get ready this a family affair! @crustaceanbh thank you for making the night extra special. #bloodisthickerthanwaterbutloveisthegluethatbindsus

The 49-year-old added the hashtag #bloodisthickerthanwaterbutloveisthegluethatbindsus to his announcement and thanked the restaurant for “making the night extra special.” He also gave a shout out to the maker of the engagement ring, Ben Baller, who he called “The Most Gifted Jeweler in the World!!!”

The jeweler posted a separate video of the stunning ring on the same day and congratulated his friend on the engagement.

“2nd times a charm to rekindle that fire,” he wrote on Instagram. “Congrats @theterrencehoward and Mira on their engagement! My brother Terrence commissioned me to make this beautiful 7 carat VVS diamond “BEN BALLER Setting” Rose Gold engagement ring. Only the best for you guys.”

2nd times a charm to rekindle that fire mayne. ❤️🔥 Congrats @theterrencehoward and Mira on their engagement! My brother Terrence commissioned me to make this beautiful 7 carat VVS diamond “BEN BALLER Setting” Rose Gold engagement ring. Only the best for you guys. #TerrenceHoward #MiraHoward #BenBallerDidTheRing 💍 #IFANDCO

Howard stars in the television series “Empire,” and he’s well-known for his roles in films such as 2005’s “Hustle & Flow,” which earned him nominations for the Golden Globes and the Academy Awards.

He was also featured in the television series “Wayward Pines” and “Law & Order: LA” as well as movies “Crash” and “Iron Man,” and he played the voice of James in the animated film “The Princess and the Frog.”

Pak is also an actress, starring in the film “Night Terrors.” She was also the writer and creator of the television special “Terrence Howard’s Fright Club” and producer of “Straight Edge Kegger.”

Pak had filed for divorce in March 2015 while pregnant with Qirin, stating that she and her husband had not lived together for months, according to documents obtained by New York Daily News. The divorce was finalized in July of that year.

Howard and Pak were originally married in Canada in October 2013, and their secret divorce came as a surprise to the public.

However, later that year, they appeared to be very close with each other. In October 2015, Howard tweeted a photo of the pair celebrating their anniversary, and he called Pak “My Life’s Love,” hinting that their relationship still seemed to have a chance.

It’s not the first time Howard has proposed to an ex-wife. He also wed Lori McCommas in both 1989 and 2005, according to TMZ, and married Michelle Ghent from 2010 to 2013. He and McCommas have three children together.