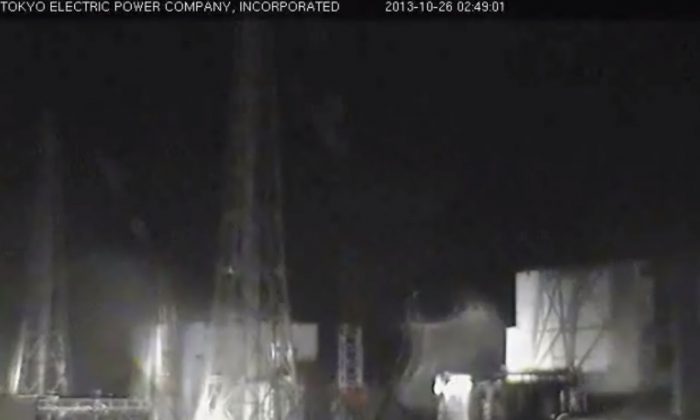 A screenshot of TEPCO's live camera at around 2:50 a.m. shows the Fukushima power plant.
Asia & Pacific

The Tokyo Electric Power Company (TEPCO) said that there was no damage done to the beleaguered Fukushima Daiichi Nuclear Power Plant in Fukushima Prefecture in Japan after an earthquake struck off the coast on Saturday morning. Reports said that an evacuation order was put in place.

UPDATE: Reuters reported that a small tsunami around 1 foot high hit parts of the Japanese coast. No damage was reported.

There was “no fresh damage reported from #Fukushima-1 NPP following strong earthquake off coast,” reads a translated TEPCO tweet from Voice of America.

It added there was “no spike in radiation detected at #Fukushima-1 NPP monitoring post after strong offshore #quake.”

The Kyodo news agency and NHK reported that TEPCO ordered the evacuation of workers from near the seawall at the Fukushima plant.

New York Times reporter Hiroko Tabuchi reported that the workers were sent to a fortified building on site.

The earthquake registered at 7.3 on the Richter scale, according to the U.S. Geological Survey.

The Japan Meteorological Agency said that a tsunami warning for Fukushima, Iwate, Ibaraki, and Chiba prefectures was issued following the quake.

A number of people on Twitter reported shaking that lasted for nearly a minute.

Locals in Fukushima were advised to move to higher ground immediately.