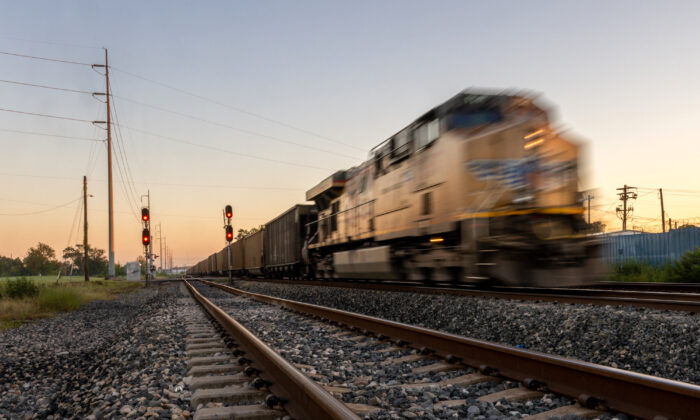 President Joe Biden has announced that a tentative deal has been reached between U.S. railroads and unions to avert a rail strike and service shutdown that threatened to wreak havoc on cargo shipments and disrupt the economy.

Biden said in a statement on Sept. 15 that the tentative deal between major U.S. railroads and unions representing about 115,000 workers was reached overnight, calling the development “an important win for our economy and the American people.”

Negotiators had until Sept. 16 to reach an agreement to avert the strike, which a number of experts warned could cause significant disruption to U.S. supply chains and impact the broader economy.

Mohamed A. El-Erian, president of Queens’ College in Cambridge, had warned that a rail strike would deliver another “stagflationary shock” to an economy already being hammered by red-hot inflation.

While the details of the agreement weren’t immediately available, a key issue was railroad companies’ workplace attendance policies that unions said were unreasonably harsh in penalizing workers for taking days off when sick or attending family emergencies.

“This abusive and punitive attendance policy is breaking apart families and causing locomotive engineers and other railroaders to come to work dangerously fatigued,” the Brotherhood of Locomotive Engineers and Trainmen said in a statement on May 16.

Biden, who faced political pressure over the looming strike, characterized the agreement as a win-win.

“The agreement is also a victory for railway companies who will be able to retain and recruit more workers for an industry that will continue to be part of the backbone of the American economy for decades to come,” he said.

Prior lack of progress on the labor talks prompted the Biden administration to establish an emergency board to make proposals to break the impasse. The administration also began preparing contingency plans to ensure deliveries of critical goods.

In preparation for possible strikes, railroads began scaling back service and imposing embargoes on hazardous materials.

A potential strike and ensuing shutdown could freeze nearly 30 percent of U.S. cargo shipments, impede supplies of food and fuel, cause transportation snarls, stoke inflation, and cost the U.S. economy about $2 billion per day.

The tentative deal now heads to unions for a ratification vote, with workers reportedly agreeing to not strike while the votes are counted.