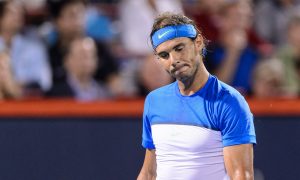 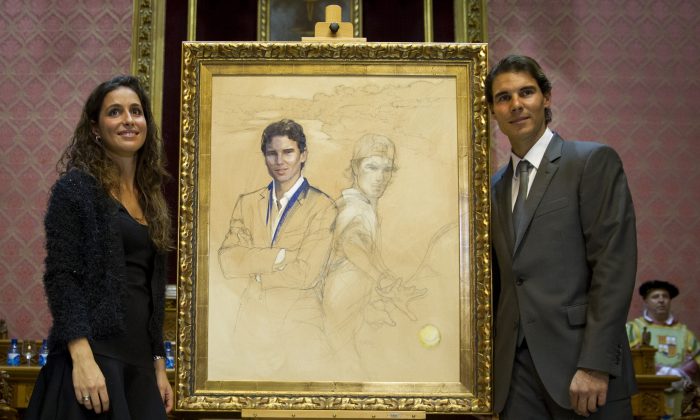 Tennis world number-two Rafael Nadal has finally asked for his girlfriend’s hand in marriage after waiting more than a decade to propose.

Spaniard Nadal, 32, and girlfriend Maria Francisca (Xisca) Perello, 30, have actually managed to keep their engagement secret for about eight months, according to Spanish magazine Hola!

Nadal popped the question to Maria during a vacation to Rome, Italy, in May last year, the celebrity magazine reported.

Perello met Nadal back in 2005 when the two were still teenagers in their Spanish hometown of Palma de Majora. They resisted the temptation to rush into marriage and have now been dating for 14 years.

Perello completed a degree in business management and administration from the University of Palma, and now works in the insurance sector. She has been director of social integration at The Rafael Nadal Foundation since 2016.

Although the couple have a long history, Perello rarely appears at tennis grand slam tournaments with Nadal.

She previously explained in 2011 that she deliberately gives Nadal space because he “needs his space when he is competing” and the idea of “hanging around and waiting on his needs all day” wears her down, according to The Telegraph. “It would asphyxiate me and then he would have to be worrying about me. No, if I followed him everywhere, I think there’s a risk we might stop getting along.”

Perello recalled a previous visit to Paris when Nadal was invited to a dinner hosted by one of his sponsors. She decided not to go.

“I stayed in our hotel. When Rafael got back he said, ‘thank God you didn’t come,'” she told The Telegraph. “The place had been swarming with photographers. For me to have gone would have meant stepping into that celebrity world. It’s not a world I want to be part of, nor do I think Rafa would have chosen to be with a woman who looked for that in life.”

Perello even refrains from talking too much about Nadal’s personal life with her immediate family members.

“I prefer not to say much. The fact is that I just don’t feel comfortable talking about these things, even in private,” she said. “It’s what works for me, and what works for Rafael and me as a couple. We wouldn’t have it any other way.”

Nadal has lost to Djokovic a total of five times throughout his career, so any rumors that his upcoming wedding may have distracted him from the match are unlikely true.

But fans say that with the big news now public, obviously, Nadal is still feeling like a winner.

Turns out @RafaelNadal is a winner! The tennis legend has revealed that he got engaged to his long-time partner Xisca Perello back in May 2018! How long have you kept an engagement secret #Melbourne? #KIIS1011 #KeepKIISLoud pic.twitter.com/ZgZeGh5YAm

The 17-time grand slam champion said he was humbled by his loss, admitting that Djokovic, who after winning knelt on both knees and looked to the sky to declare victory, was a better competitor on the night.

“I can’t be sad, it will be not fair to be sad. I played against a player today who was better than me, there’s no doubt about that, and that’s all,” Nadal said at a post-match press conference. “I have been a lot of months without having the chance to practice, without having the chance to compete, and having two positive weeks, the only thing probably I need is time and more matches.”

Maybe @RafaelNadal would have won the #AusOpen this weekend if he’d engaged the subtle camouflage tactics we used against Jim Courier in 2009. pic.twitter.com/p1nWSh8wOQ

Nadal appears to be keen to start a family after the wedding is over. No date has been set yet.

“Obviously, I have the intention of forming a family. I love children and I would like my children to do what they like,” he told Hola!

It’s official Rafa to join the rest of the Big-4-He’s getting married. He mentioned she’s on the “A team now” at the Aussie Open-Congrats! #Nadal #Tennis #ATPWorldTour https://t.co/dw7XWHTJlj