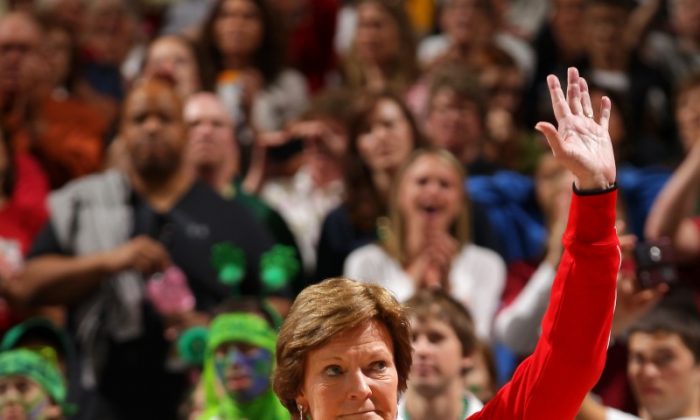 Tennessee’s Pat Summitt to Step Aside

University of Tennessee women’s basketball coach Pat Summitt has been named head coach emeritus after 38 seasons, 1,098 wins, and 8 national championships with the Volunteers, according to a report on the school’s website.

Summitt will report to Vice Chancellor and Director of Athletics Dave Hart and will serve in a variety of roles.

The move comes less than a year after Summitt’s diagnosis with early-onset Alzheimer’s disease.

Longtime assistant coach Holly Warlick has been named her successor.

“I’ve loved being the head coach at Tennessee for 38 years, but I recognize that the time has come to move into the future and to step into a new role,” said Summitt. “I support Holly Warlick being named the next head coach, and I want to help ensure the stability of the program going forward.

Summitt’s teams have participated in an NCAA-record 18 Final Fours, though this season’s senior class was the first to graduate without a Final Four appearance.