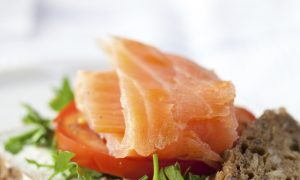 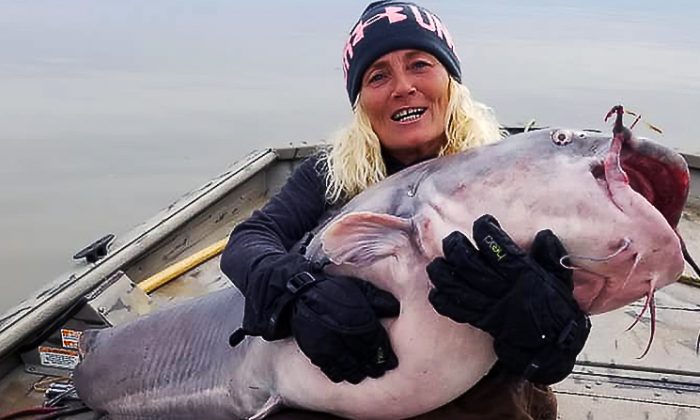 It has to be the dream of everyone who fishes—to catch a glimpse of the biggest fish you have ever seen, and then to catch it.

For Paula Cathey Smith, that dream became an 88-pound reality on Dec. 30.

Smith, who lives with her husband Ken in Waverly, Tennessee, is an avid catfisher. Their home is about 5 miles from Kentucky Lake, a prime fishing location.

“I’ve fished all my life, and we fish a lot,” Smith told the Courier-Journal.

“He’s not crazy about catfishing. He’s a big bass fisherman. I’ve swapped him over to catfishing and talked him into getting a catfishing boat and enjoying the whole deal.”

Smith had caught a lot of fish—big fish—pretty regularly all year long.

“I’ve caught from 38 pounds on up each week over this past year,” Smith told the Courier-Journal.

Those were some big fish she had been catching—but the last two weeks of the year had been disappointing. Heavy rains had changed the currents in Kentucky Lake, so the fish could not be found in their usual hang-outs.

“Everything’s been messed up for about a month now; I’ve been managing to catch fish, I’m just not catching my big guys,” Smith said.

On top of that, she caught the flu—and still no fish.

Finally, Smith started feeling better. She returned to the lake ready to cap her fishing year with something memorable.

Smith and her husband were out on Kentucky Lake, a huge expanse of fresh water between Kentucky and Tennessee that’s fed by the Tennessee River.

The gargantuan fish she encountered was worthy of the television show “River Monsters.”

“We had been out about 30 minutes Sunday and I threw out a fresh gizzard shad and bam! He hit it right off the bat,” she explained.

The fish that took her bait was the largest she had ever seen. It was a catfish longer than her leg and three times as big around.

It took Smith ten minutes to drag the river giant up to the boat.

The massive fish was so big her fishing pole barely survived the encounter—and the long-handled net she and her husband used to land the fish broke under the strain.

Smith weighed the fish at 88 pounds—six pounds heavier than the heaviest she had ever caught before.

Unfortunately, she didn’t measure it—she was too busy posing for pictures—and then she wanted to return the creature to the lake before it suffered too long out of the water.

She does have the whole encounter on video, though, and the images tell the tale better than any tape measure ever could.

[WARNING: some adult language in the video]

“I’ve never in my life seen a fish this big!” Smith said in the video.

After she released the beast, her husband asked her if she was ready to go home. She most certainly was.

“I just wanted a big fish!”

Smith’s husband Ken is a wildlife officer for the Tennessee Wildlife Resources Agency, but not for long.

“He’s fixing to retire in February, and we’re fixing to travel around the world and catfish,” Smith explained.