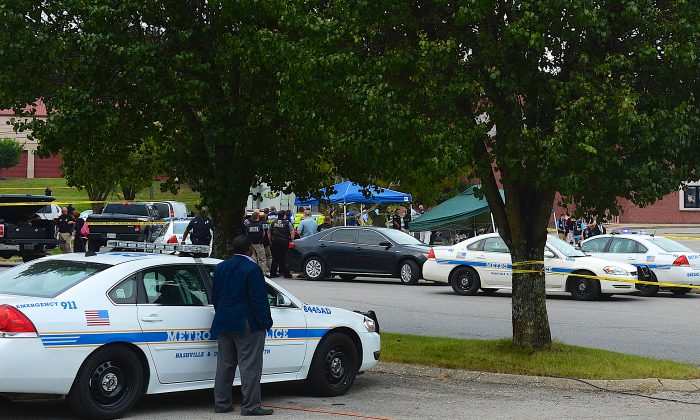 A 12-year-old girl was charged on Dec. 31 by the Nashville, Tennessee Metro Police Department with fatally shooting her 16-year-old friend with a gun they stole together from a parked car.

According to police, a group of girls was staying in the home of the 12-year-old’s grandmother at Falcon View Apartments at 201 East Palestine Avenue in Madison. Sometime around 3 a.m. on Dec. 31, the girls snuck out of the apartment.

The girls then began burglarizing cars in a parking lot near her grandmother’s home.

In one of the cars the girl found a loaded semi-automatic pistol. Back at the apartment the 12-year-old playfully pointed the gun at various friends before accidentally firing it, reported Fox17 Nashville.

The bullet struck and killed 16-year-old Brentrice Wilson, one of the girls in the group. Metro Police responding to a call around 3:25 a.m. pronounced her dead at the scene, according to The Tennessean.

After consultation with the District Attorney, the girl, whose name has not been released due to her age, was charged in Juvenile Court with criminal homicide, according to a tweet by the Nashville Metro Police.

In response to the tweet, James Cothron posted: “This makes at least 2 of these this year. These kids need to be locked up, and taken away from the influence. Making adult decisions, adult consequences. Clayton Gangji now this young person, dead. Such a shame ruined 2 lives.”

Cothron’s tweet references 14-year-old Clayton Gangji, another teen shot while he and his friends were playing with a handgun.

Gaangji, 19-year-old Zachary Able, and two other friends were playing with a pistol in an SUV parked at the intersection in Nashville around 6 a.m. on the morning of June 24, 2017,

The four had apparently been up all night, according to The Tennessean at the time.

Both boys were taken to TriStar Summit Medical Center, in Hermitage, Tennessee, where Gangji died a short time later. Able was charged with criminal homicide.

Clayton Gangji had been a football and soccer player at Dupont Hadley Middle Prep School in Old Hickory, Tennessee.