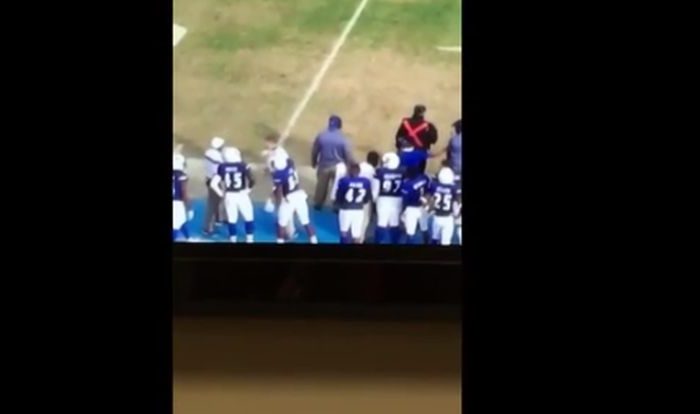 A Tennessee State University football player was expelled for punching a coach on the sideline of a game, it was reported.

Latrelle Lee, 22, repeatedly punched strength and conditioning coach T.J. Greenstone in an incident that was caught on video.

The Tennessean reported that he was expelled from the school and dismissed from the team after a game this weekend.

Athletic director Teresa Phillips told The Tennessean, “We, of course do not condone any act of violence within our department and are very disturbed by the action of one of our students.”

“We are committed to supporting the coach who was personally affected and our concern now is with him,” she added.

Greenstone, who is a former Vanderbilt defensive tackle, is the team’s “get-back” coach, telling players not in the game to keep away from the sideline. The offense was on the field when the incident occurred, ESPN reported.

He appeared in 36 games in his college career. He didn’t play Saturday.