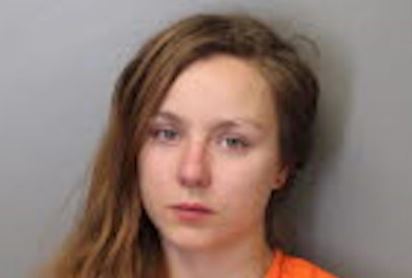 A Tennessee mother left her baby in her vehicle despite the blazing temperatures outside when she went into a restaurant to have a drink, according to police officers.

Investigators said that Rachel Vanwagner, 26, left her child in a hot car while she went into Cazadores Mexican Grill in Arlington on June 24 to have a drink on “National Tequila Day.”

When officers arrived, they found the child inside the vehicle, which was not running, according to the affidavit.

It was 92 degrees Fahrenheit at the time.

The windows were partially rolled down and the doors were unlocked, so the deputies opened a door and removed the baby from the car and gave her medical treatment, reported NBC 12.

As the treatment was being administered, Vanwagner ran toward the group barefoot and said she had been inside for about 30 minutes. She added that she had only meant to have one drink.

According to data published by San Francisco State University, a car sitting in 90-degree temperatures will have an estimated inside temperatures of 124 degrees after 30 minutes.

“Children are actually at greater risk for overheating because their ability to regulate their body’s temperature is actually less and the skin surface area is different from an adult’s,” Dr. Jack Tsao with the University of Tennessee Health Science Center said.

“When you walk outside you don’t expect to hear a baby in a car and when you do immediately as a parent you perk up,” one of the people who called the police after hearing the baby crying told WREG.

“The child was hot. We could tell that she was sweating but we knew she wasn’t in immediate danger yet.”

Vanwagner was arrested and charged with child abuse and neglect. Her baby was placed in the care of a family member.

Police officers said that the mother refused to give any further statement, according to the affidavit.