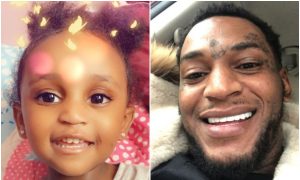 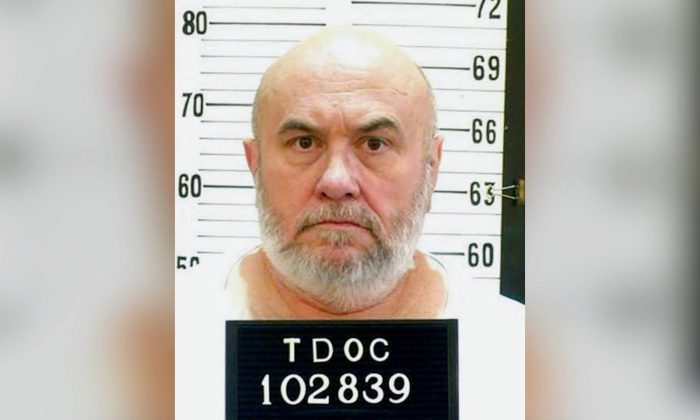 NASHVILLE, Tenn.—A Tennessee inmate’s final words were “let’s rock” moments before he became the first man executed in the electric chair in that state since 2007, put to death Nov. 1 for shooting two men and slitting their throats during a drug deal decades ago.

Asked if he had any last words in the death chamber, the inmate said, “Let’s rock” shortly before the execution was carried out.

A reporter who witnessed the scene said at a post-execution news briefing that Zagorski occasionally smiled while strapped down, just before a sponge was placed on his head and then his face was shrouded. The witnesses said the inmate’s fists then clenched when the electricity was applied and his body appeared to rise. He did not move once the procedure was over.

The reporter said Zagorski’s attorney was nodding, smiling and tapping her heart just before the execution got underway. When asked about her actions, Kelly Henry, said afterward: “I told him when I put my hand over my heart, that was me holding him in my heart.”

She said Zagorski told her the last thing he wanted to see was her smiling face, and so she made an effort to smile at him before the shroud was put over his face.

The execution was carried out shortly after the U.S. Supreme Court on Nov. 1 evening denied the inmate’s request for a stay. Zagorski’s attorneys had argued it was unconstitutional to force him to choose between the electric chair and lethal injection.

The state came close to administering an injection to Zagorski three weeks ago, a plan halted by Tennessee’s governor when Zagorski exercised his right to request the electric chair.

The Supreme Court’s statement said Justice Sonia Sotomayor was the dissenting voice on Nov. 1, noting Zagorski’s difficult decision to opt for the electric chair. In Tennessee, condemned inmates whose crimes occurred before 1999 can choose the electric chair — one of a handful of states that allow such a choice.

“He did so not because he thought that it was a humane way to die, but because he thought that the three-drug cocktail that Tennessee had planned to use was even worse,” Sotomayor said in the statement. “Given what most people think of the electric chair, it’s hard to imagine a more striking testament — from a person with more at stake — to the legitimate fears raised by the lethal-injection drugs that Tennessee uses.”

Zagorski was convicted of a April 1983 double slaying. Prosecutors said Zagorski shot John Dotson and Jimmy Porter and then slit their throats after robbing the two men after they came to him to buy marijuana.

The U.S. Supreme Court has never ruled on whether use of the electric chair violates the 8th Amendment ban on cruel and unusual punishment, but it came close about 20 years ago after a series of botched electrocutions in Florida. During two executions in the 1990s smoke and flames shot from the condemned inmates’ heads. In 1999, blood spilled from under an inmate’s mask. Shortly afterward, the Supreme Court agreed to hear a challenge to the electric chair. But the case was dropped when Florida made lethal injection its primary execution method.

At the time of Zagorski’s conviction, Tennessee juries were not given the option of considering life without parole. Every state now requires juries to weigh that option in death penalty cases.

Tennessee’s electric chair was inspected on Oct. 10 and found to meet the criteria for an execution, state documents show.

The device was originally rebuilt in the late 1980s by a self-taught execution expert who had publicly worried the device would malfunction on Nov. 1. It’s only been used to execute one person before: Daryl Holton, in 2007.

Before Holton, the last person to die in Tennessee’s electric chair was William Tines in 1960.

Zagorski had been on death row 34 years, the second-longest in Tennessee.

Protesters held vigils on Nov. 1 in Knoxville and Memphis, and outside the Nashville maximum-security prison where Zagorski was executed Nov. 1. There some raised a banner with the words: “A Free Tennessee is Execution-Free.”