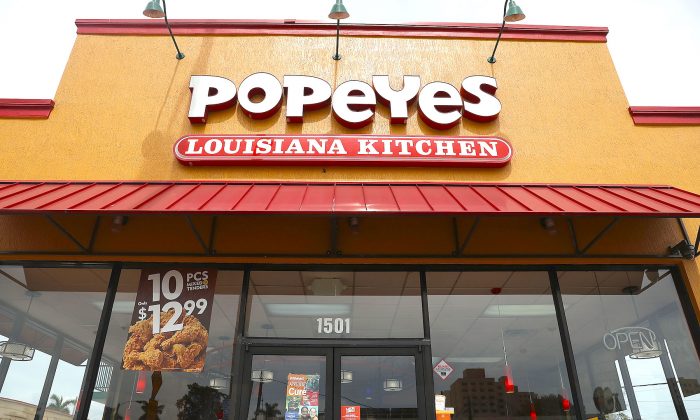 A man in Tennessee is suing Popeyes after he tried multiple times to buy the company’s new and popular crispy chicken sandwich without success.

According to local station WTVC, Craig Barr, from East Ridge, accused the Miami-based fast-food chain Popeyes of “false advertising, deceptive business practices by [the] entity to public. Countless time wasted driving to and from Popeyes. No chicken sandwich. Was told to come back this day—still no sandwich.”

According to reports, Barr filed the civil lawsuit on Aug. 28 to Hamilton County Circuit Clerk Larry Henry. He wanted $5,000 in compensation and was given a court date on Oct. 28.

Barr told The Chattanooga Times Free Press on Aug. 29, “I can’t get happy; I have this sandwich on my mind. I can’t think straight.”

“It just consumes you,” he added.

He reportedly blew out his tire and damaged a $1,500 rim while driving between different Popeyes locations.

Seeking the famed sandwich also caused humiliation—he said his friends laughed at his situation, according to the paper.


Barr added that Popeyes intentionally overhype the sandwiches and then lowered the quantity available to increase its popularity and attract attention. He accuses the chain of being deceptive. “Who runs out of chicken? It’s a big fiasco.

“Someone has to stand up to big corporate,” he said, according to the paper. “Everyone is captivated by these sandwiches. They’ve got everyone gassed up on them.”

According to reports, Barr said he saw a “blacklist” Craigslist advertisement. It said a man had a friend who was a Popeyes worker. The worker would “stash” the crispy chicken sandwiches in the walk-in freezer at the back of a Popeyes restaurant and sell them to customers for $24.

A man indeed took Barr’s money at the back of a Popeyes restaurant, then allegedly went into the store and never came out again. Barr never saw the crispy chicken sandwich for which he yearned and paid big for.

Meanwhile, the Craigslist ad has since been taken down, according to the WTVC.

Chattanooga Police said they were unaware of any issues at local restaurants, the outlet reported.

The Chattanooga Times Free Press reported that a man matching the description Barr outlined had purchased something from that Popeyes restaurant and left out the front door. “I got scammed,” Barr told the paper.

Popeyes launched its new crispy chicken sandwich in select stores on Aug. 12. Social media was abuzz following the announcement of the new Popeyes chicken sandwich, in part prompted by a tongue-in-cheek online feud with its fast-food competitor, Chick-fil-A, according to CBS News.

Apex Marketing Group estimated that the reaction on social media was worth some $65 million in marketing for the company, according to The Chattanooga Times Free Press.

Popeyes’ initial crispy chicken sandwich announcement was followed by a tweet from Chick-fil-A a few days later, claiming that its own chicken sandwich was the “original,” to which Popeyes responded: “Y’all good?”

On Aug. 27, the company announced on Twitter that it is sold out of the in-demand item.

Y’all. We love that you love The Sandwich. Unfortunately we’re sold out (for now). pic.twitter.com/Askp7aH5Rr

On Aug. 28, the company encouraged its new sandwich fans to download its phone app so they can be the first to know when the crispy chicken item makes a comeback.

We hear y’all. We’re working to get The Sandwich back as soon as possible. If you want to be first to know when it happens, download our app and turn on those push notifications. Thanks for sticking with us! pic.twitter.com/UaIkGFMr3n