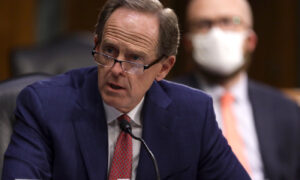 The Tennessee legislature passed a measure that would allow residents to both open and concealed carry handguns without a permit, which some have dubbed as “constitutional carry.”

The bill will now move to Republican Gov. Bill Lee’s desk, where he is expected to sign it into law. The bill is backed by the National Rifle Association (NRA) but is opposed by some state law enforcement groups.

“This bill is not the end of the journey,” Tennessee House Majority Leader William Lamberth, a Republican, said on Monday evening, according to The Tennessean. “This is a massive step forward for freedom,” Lamberth said.

Other than Tennessee, 18 other states have approved some form of permitless carry.

“We’ve seen what happened with extending [carrying guns] the house to the car, because we saw an explosion of guns being stolen from cars,” he stated.

The law, which will go into effect on July 1, allows for adults aged 21 and older to carry handguns openly or in a concealed manner without a permit. It does not apply to long guns, the Tennessean noted. The bill also applies to those in the military who are aged 18 to 20.

The measure also would increase penalties for certain gun crimes, including theft of a firearm, which will be increased from a misdemeanor to a felony.

“I don’t need to wait another minute—let alone an hour—to take common-sense steps that will save the lives in the future, and I urge my colleagues in the House and Senate to act,” Biden said last week.