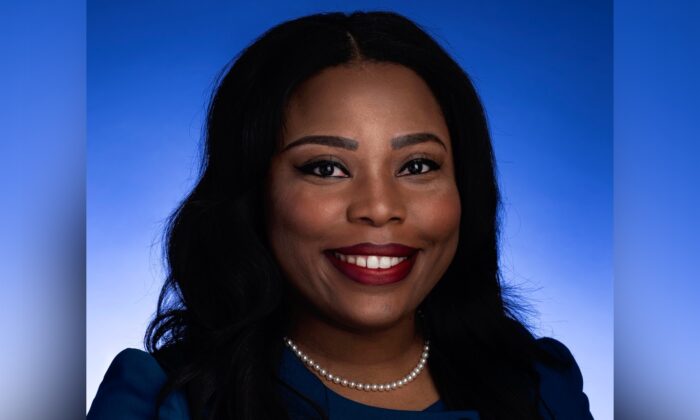 A Tennessee lawmaker has been expelled from the state Senate after a vote in the upper chamber following her conviction on wire fraud charges.

State Sen. Katrina Robinson, a Democrat from Memphis, was convicted on wire fraud charges last year after she was accused of stealing funds from a healthcare school that she operated. Federal prosecutors alleged that she used the funds to pay for personal expenses, including her wedding.

Republican Lt. Gov. Randy McNally, in confirming a vote to expel her, said that “the integrity of the Senate is of paramount importance.”

“While the expulsion of a Senator for the first time in history was not something any of us wished to see, it was a necessary action,” McNally said, adding that “Senator Robinson was given every consideration and due process.”

Robinson was given the chance to resign from office but, according to McNally, “she declined the opportunity.”

In response to her expulsion, Robinson accused members of the Tennessee Senate of being racist and misogynistic.

“I went in my own pocket to give to kids who were looking forward to events that normally I would have support for,” she said. “I stood out front this whole time, and I haven’t shied away from any fight, and I can’t do it here. Some of you think I would maintain my dignity through resignation, but for me the only way to maintain my dignity is to stand here and stand up for myself, and anyone else who would go through this.”

Robinson was convicted of four wire fraud charges in connection to the case. A judge in January 2022 acquitted her on two of the charges and denied her acquittal on the other two. A separate money laundering case against Robinson was dismissed late last year.

For the two remaining wire fraud charges, Robinson’s sentencing is scheduled for next month, according to local media.

“I am grateful that her honor reviewed the trial proceedings and partially granted our motion acquitting me of the two wire fraud charges stemming from data entry reports that were completed by former employees of my corporation,” Robinson told local media after the two charges were dropped.

“However, my legal team is still reviewing the order from the court in order to make decisions on our next steps, as we intend to continue to fight this case,” she added. “Had we not contested the government’s actions and theory at every turn, I would have been punished for even more crimes that I absolutely did not commit.”