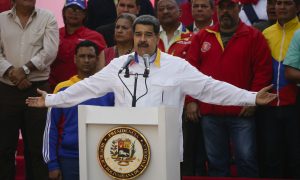 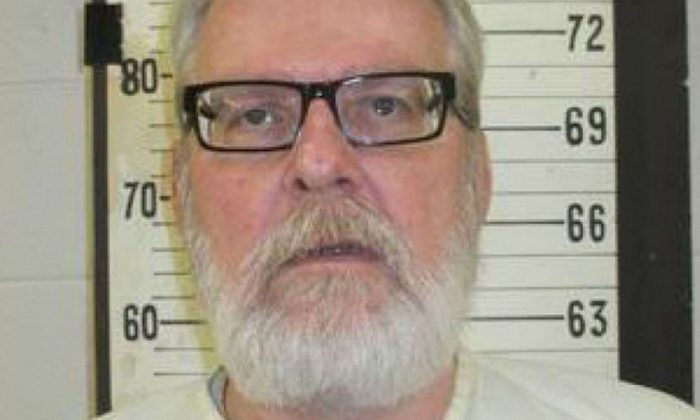 Tennessee inmate Stephen West, who was convicted of fatally stabbing a woman and her daughter in 1986, was executed on Thursday, Aug. 15, via the electric chair, said officials.

West was pronounced dead at 7:27 p.m., said the Tennessee Department of Correction.

“The death sentence of Stephen West was executed by means of electrocution on Aug. 15, 2019, in accordance with the laws of the state of Tennessee,” officials told Fox News.

West’s very last words were, “Jesus wept. That’s all,” CNN reported. Witnesses said that he cried before he was put to death.

His last meal was a Philly cheesesteak, the news outlet reported.

There was no media coverage of our vigil for inmate Stephen West, who was executed at 7 p.m. this evening. This is the 1st time no media has been present at these vigils, perhaps because it has become routine to execute prisoners in TN. 5 prisoners have been executed in 2019. pic.twitter.com/gVfbh88dMK

“In the beginning God created man,” he also said.

Jack Campbell, a relative of the mother and daughter, lamented the legal system for allowing West to escape the death penalty several times.

“Our family has suffered very deeply over the past 33 years through all the appeals that we think is very unfair for anyone to have to go through when all of the proof in the world was there for the case to be over within 24 hours, let alone 33 years,” he said in a statement via CNN.

According to CNN, West denied that he killed the mother and daughter and blamed their deaths on an accomplice.

BREAKING: TDOC says Stephen West has been executed in the electric chair for the 1986 murder of Wanda and Sheila Romines @NC5 pic.twitter.com/EsKq6Mmhpy

West’s legal team also issued a comment about the matter.

“We are deeply disappointed that the state of Tennessee has gone forward with the execution of a man whom the state had diagnosed with severe mental illness. A man of deep faith who has made a positive impact on those around him for decades and a man who by overwhelming evidence did not commit these murders but has never the less taken personal responsibility for his involvement in these crimes,” his lawyers said.

West was put on death row for kidnapping and stabbing 51-year-old Wanda Romines more than three dozen times. He was also convicted of assaulting and killing her daughter, Sheila Romines, who was only a teenager, reported the New York Post.

Tonight, Stephen West is scheduled to be executed in the electric chair for the killings of Wanda and Sheila Romines in 1986. These were my notes detailing what I saw when I was a witness last year for TN’s first electric chair execution since 2007. @NC5 https://t.co/SWwSQkjeQP

Before the slaying West worked as a McDonald’s employee who had spent 3 years in the U.S. Army.

West’s attorneys claimed his then-17-year-old accomplice Ronnie Martin was actually the one who killed the mom and daughter.

Martin pleaded guilty, getting a life sentence with the possibility of parole in 2030.

Tennessee’s governor denied his clemency application, which said he suffered from abuse as a child and was also taking medication to treat mental illnesses.