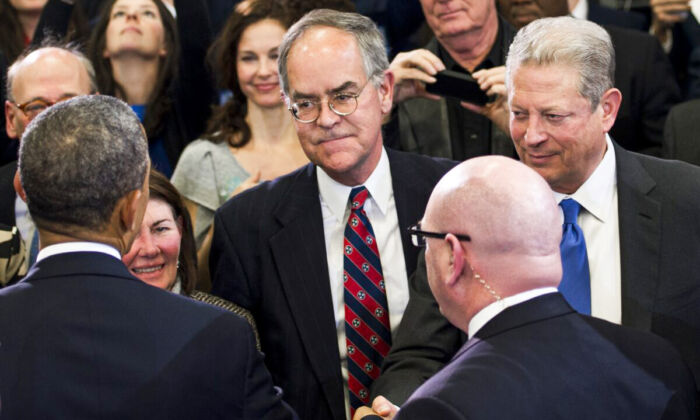 Tennessee GOP US House Candidates to Debate on EpochTV

Republicans are striving to regain control of the U.S. House and the party believes that one of the seats it can flip is Tennessee’s 5th Congressional District.

The seat is currently occupied by Rep. Jim Cooper (D), who has represented the district since 2003 but announced in February that he would not seek reelection.

Nine candidates are vying for the Republican nomination.

The winner will face State Sen. Heidi Campbell, who is unopposed in the Democratic primary;  and independent candidates Derrick Brantley, Daniel Cooper, and Rick Shannon, in the Nov. 8 general election.

Presented by EpochTV, the 5th district candidates will take the stage for a debate on July 12 at 6:45 p.m. (CST).

The debate will feature questions asked by an expert panel in election integrity, economics, healthcare, education, foreign policy, and immigration.

Hans von Spakovsky, a senior legal fellow in The Heritage Foundation’s Edwin Meese III Center for Legal and Judicial Studies and a former member of the Federal Election Commission, will serve as the panel expert on election integrity.

Gordon Chang, an attorney and the author of “The Coming Collapse of China” and “The Great U.S.–China Tech War,” will ask questions related to China and foreign policy.

Jeffrey Tucker is an economist and founder of The Brownstone Institute, which was launched to improve healthcare policy after the COVID-19  lockdowns. He will serve as the panel expert on economics.

Wilfred Reilly, a Kentucky State University assistant professor and the author of “Hate Crime Hoax: How the Left is Selling a Fake Race War,” will serve as the panel expert on education.

Democrats have held the 5th District congressional seat since 1875, but the redistricting announced in February split Davidson County through downtown Nashville, shifting portions of the former 5th District to the mostly rural and historically Republican 6th District and 7th District.

When the new congressional maps were approved in February, Cooper announced he would not seek another term.

Ortagus and Lee did not fight the decision, but Starbuck appealed, citing that the Tennessee Republican Party violated the state’s Open Meeting Act, which gives citizens the right to attend public meetings.

The GOP’s executive committee decided to remove the candidates from the ballot in a private meeting, Starbuck alleged.

On May 12, federal judge Waverly Crenshaw ruled that the state GOP might have violated their bylaws but refused to restore Starbuck to the primary ballot.

Tennessee GOP leaders appealed that decision to the state supreme court, which on June 10 overturned Perkins’ ruling, leaving Starbuck off the ballot.

Starbuck will not appear on the August 4 Republican primary ballot, but he is running for the 5th District congressional seat as a write-in candidate.