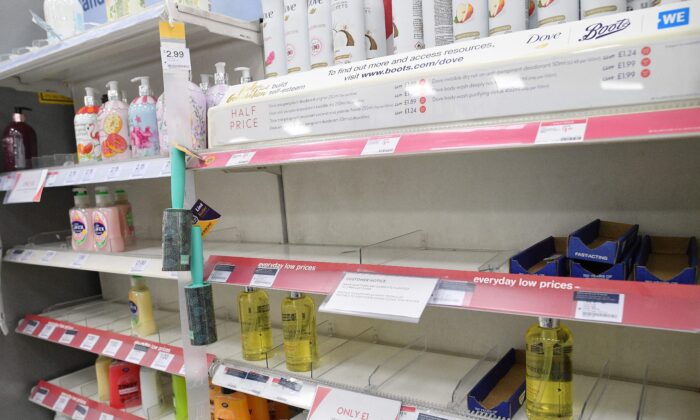 A Tennessee man who was featured in a weekend New York Times report said he donated the 17,700 bottles of hand sanitizer that he and his brother had hoarded amid the coronavirus outbreak.

Tennessee authorities said they would investigate Matt Colvin after he was profiled in The New York Times, which reported that Colvin admitted that he and his brother, Noah, traveled to stores around Tennessee and Kentucky to procure the products before selling them for a much higher price on Amazon and eBay. However, according to Colvin, the two websites banned him after he sold a few dozen for a higher markup.

In the wake of the report, Colvin said he’s received threats and negative comments for his alleged scheme. Stores across the United States have reported shortages in hand sanitizer, cleaning products, and toilet paper, as well as other items amid the pandemic.

“It was never my intention to keep necessary medical supplies out of the hands of people who needed them,” he told the newspaper. “That’s not who I am as a person. And all I’ve been told for the last 48 hours is how much of that person I am.”

Colvin said that he and his brother donated their stockpile of hand sanitizer after the backlash. After their account went viral, the Tennessee attorney general’s office sent Colvin a cease-and-desist letter and said it would investigate.

“We will not tolerate price gouging in this time of exceptional need, and we will take aggressive action to stop it,” said Attorney General Herbert H. Slatery III in a statement. “During this pandemic, we ask that you report suspicious activity to the Division of Consumer Affairs and refrain from threatening or hostile communication with individuals or businesses you may suspect are price gouging. Our team will review complaints closely and we are prepared to act to protect Tennesseans.”

In the New York Times article, Colvin said that when the pair bought the items in early March, they didn’t know there would be a severe shortage.

“I’ve been buying and selling things for 10 years now. There’s been hot product after hot product. But the thing is, there’s always another one on the shelf,” he told the paper. “When we did this trip, I had no idea that these stores wouldn’t be able to get replenished.”

As noted by The New York Times, the brothers could be fined up to $1,000 per price gouging violation.

“Under the law, the Attorney General’s Office can put a stop to price gouging and seek refunds for consumers. The courts may also impose civil penalties against price gougers for every violation. The law applies to all levels of the supply chain from the manufacturer to the distributor to the retailer,” Slater’s office said in a statement.