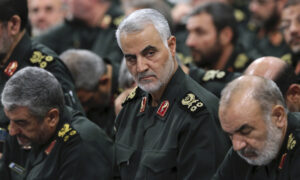 A gun in a file photo. (Scott Olson/Getty Images)
US News

Two Tennessee lawmakers have introduced a bill in the state House and the Senate that would allow public college students with concealed carry permits to bring their guns to school campuses.

“This was a constituent request that comes from a movement across the nation to allow gun owners with the appropriate permits to carry their concealed weapons on college campuses for personal safety,” state Rep. Rush Bricken (R), told Nashville NewsChannel 5. “The most effective way to stop a bad guy with a gun is a good guy with a gun. This bill applies to law-abiding citizens who are properly trained and permitted.” Bricken is the sponsor of the House version of the bill.

The effort comes several years after Tennessee passed a bill in 2016 which allows full-time faculty, staff and other employees of public universities to carry guns on school grounds after providing written notice to local law enforcement agencies.

There are currently 16 states that prohibit concealed carry on college campuses, according to the National Conference of State Legislatures. In 23 states, individual colleges and universities have the right to decide whether to ban or allow concealed carry weapons on their properties. Utah is the only state that has a law explicitly defining public colleges and universities as public entities. Thus, they don’t have the authority to ban concealed weapons on their properties.

Five other states in 2020 are considering some form of legislation to loosen or remove restrictions on concealed guns on public college campuses. Oklahoma, Florida, Michigan, Iowa, and West Virginia currently have pending bills regarding the issue.

“The arbitrary restriction against CWP [concealed weapons permit] holders carrying on college campuses is likely the most irrational law in the Florida Statutes,” said state Rep. Anthony Sabatini (R), the sponsor of Florida’s House Bill 6001, reported the Sun-Sentinel. “I challenge anyone to find a specific and valid factual argument to support it—none exists.”