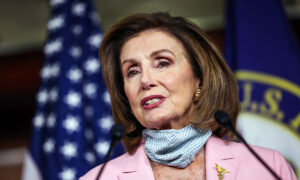 Tenn. Women Becomes First to be Arrested for Drug Use During Pregnancy

In a groundbreaking legal case, a Tennessee mother is the first to be arrested in the state for using drugs during her pregnancy.

MSNBC reports 26-year-old Mallory Loyola was charged under a new state law after both she and her newborn daughter tested positive for Methamphetamine.

The new law deems narcotics used during pregnancy an assaultive offense, and a maximum prison sentence for the misdemeanor is one year.

“Anytime anybodies addicted and they can’t give up especially for their own child, their own flesh and blood, it’s sad.” (Via Wate)

The Tennessean reports the state saw more than 900 drug dependent babies born in 2013.

On average, it costs $62,000 to deliver a drug dependent baby, whereas delivery of a healthy baby costs less than $5000.

The Crossville Chronicle attributes the high cost to the sad and painful process of alleviating the newborn’s withdrawal, with symptoms including tremors, seizures, the inability to feed, and the inability to self-soothe.

Many state and national critics say the law will only deter drug abusing pregnant women from seeking treatment.

The ACLU plans to challenge the law, and encourages other support.

But the Monroe County sheriff disagrees, telling WATE, “Hopefully this case will send a signal to other women who are pregnant and have a drug problem to seek help.”

Perhaps more controversial is what some, such as Elaine Lisko of the University of Houston Law Center, see as a push for abortions.

As an alternative to criminalization, 18 states have statutes that promote education and treatment.