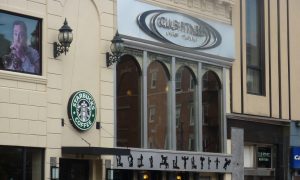 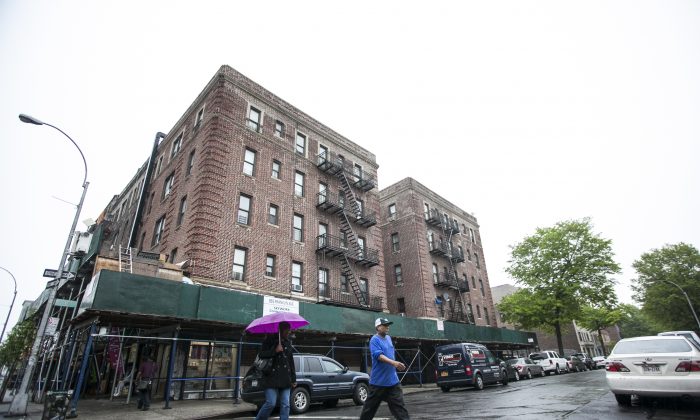 NEW YORK—At age 18, Nefertiti Macaulay became the primary caretaker for her deaf and crippled grandmother. Upon finishing high school, she moved into her grandmother’s apartment of 50 years while holding a retail job.

“I had to fight to live in this apartment,” Macaulay said. “And this is my home.”

A few years later, her grandmother passed away. Macaulay continued to stay in the apartment until her landlord, who had known her since she was a child, took her to court because the unit was not in her name. After a year of fighting and dealing with the stress of possibly becoming homeless, Macaulay was allowed to stay after the judge doubled her rent. But then a year ago her building was bought by a different owner, and the new management tried to buy her out of her rent-stabilized unit.

Affordable housing is difficult to find in New York City, with a mix of policy and market factors all increasingly working against lower income people and families in more and more neighborhoods. Last year, over 30,000 families were displaced from their homes as a result of evictions filed in Housing Court.

Macaulay’s building is in the up-and-coming neighborhood of Crown Heights, located near the Brooklyn Botanical Garden, the Brooklyn Museum, and the Brooklyn Public Library.

The neighborhood is possibly the last in Brooklyn where there are affordable brownstones (just over $1 million, compared to the $2 million–$4 million in neighboring areas). Condominium and rental multifamily buildings are being developed in bulk, meeting heavy demand from first-time buyers and families who have had no luck in surrounding neighborhoods.

Being such a popular neighborhood, property managers have taken to scooping up older buildings like Macaulay’s in hopes of turning some if not all of the units into market-rate apartments.

Macaulay’s building has over 300 violations, according to the Department of Housing Preservation and Development (HPD). It’s one of the 200 buildings put into the Alternative Enforcement Program (AEP) this year, a program which allows HPD to make repairs and bill the building owners in the case that the owners cannot do so within the first four months of the year.

Since the building was bought by a new owner a year ago, the changes have been apparent, Macaulay said. But most have been to beautifying the exterior of the building, or things like gut renovations to vacated units.

Meanwhile, the older units continue to sit as is. “It’s good for them [the owners], but horrible for us,” Macaulay said.

Soon after the new owner took over, Macaulay was approached by a representative of the new management and asked, as a single, young person, wouldn’t she rather buy a smaller, newer place for herself? Her unit is an old one-bedroom, with a full kitchen, dining room, and living room. The company wanted to change the layout and make it a two-bedroom apartment.

The offer sounded tempting at first, but then Macaulay did her research, “and what they were offering me didn’t make sense.”

She was offered a $60,000 buyout at the highest. “In a few years, I would’ve been fighting somewhere else,” Macaulay said. She was paying under $2,500 in a neighborhood with little vacancy and rents often over $3,000.

Macaulay asked the representative to find her a place she could afford for $60,000, and Macaulay said the only option that came up was a co-op further out in Brooklyn, for just over $60,000. Macaulay is determined to stay.

For some, Crown Heights represents an affordable Brooklyn. For others, it’s gentrification.

The displacement of rent-stabilized tenants presents another challenge for preserving affordable housing in the city, a big concern of the current administration.

For example, once the rent-stabilized units in Macaulay’s building are vacated, owners can do renovations and then raise the monthly rent by a percentage of the amount spent on upgrades. If the total rent is over $2,500, the unit is no longer subject to rent-stabilization (which limits rent increases to a nominal amount decided by the Rent Guidelines Board each year).

The destabilization is completely legal, and it’s happening all over the neighborhood.

The company, which bought Macaulay’s building has bought close to 200 units in Brooklyn, and they aren’t the only ones buying, said Kerri White, policy director of the Urban Homesteading Assistance Board (UHAB). Tenants all over the neighborhood are coming together and organizing, hoping the strength of numbers will keep evictions at bay.

Toussaint Wortham has been living in his Crown Heights apartment since 1979. “I went to elementary school here,” he said.

When a new owner bought his building in 2011, they sent him renovation proposals. “He gave me a bunch,” Wortham said.

The upgrade would come out to around $70,000, the management company said, which meant his rent would go up by 2.5 percent of the renovation cost. The new rent would have been just over $2,500, deregulating the apartment.

“They knew what they were doing,” Wortham said. When he refused, the owner tried to buy him out for $30,000, but there was nowhere Wortham could go for that amount.

When Wortham turned down that offer as well, the owner tried to evict him on the grounds of an illegal renovation Wortham said he did not do. Now the case has been taken to court, but the new owners said the $30,000 offer still stands.

Wortham lives by himself and said he believes he was an easy target. When he learned his neighbors were experiencing the same thing, he organized a tenants association.

“The new people moving in, they’re assisting in the destabilization … but it affects them too. They could be overcharged for rent. But they don’t seem to care,” Wortham said.

CORRECTION: A previous version of this article misstated the properties BCB Properties has purchased in the area. The company has bought close to 200 units in recent years. Epoch Times regrets this error.