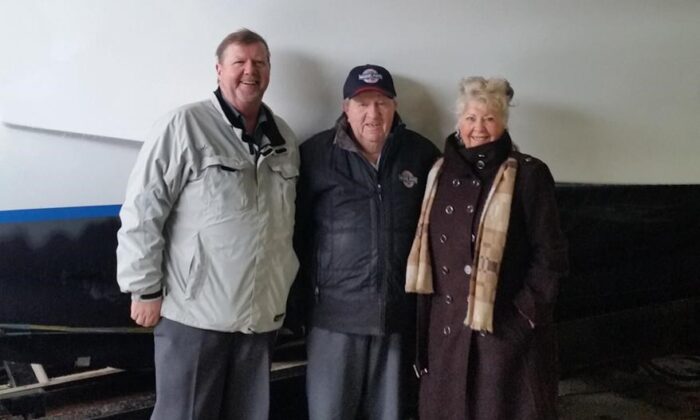 CHARLOTTETOWN—When Joe Van Den Bremt first floated the idea of producing cultured mussels on P.E.I. in the 1970s, the local fishermen laughed at him.

Today, almost half of North America’s succulent supply of blue mussels comes from the Island, generating more than $45 million annually in export value—second only to the province’s lobster industry. Across Canada, about 80 percent of the mussels sold in restaurants and grocery stores are grown in the Island’s tidal rivers.

Van Den Bremt, a Belgian immigrant who arrived in Canada in 1954, was remembered Friday as a tenacious, innovative man who was determined to give back to his adopted country. He died earlier this month at the age of 89.

“He was a very proud Canadian,” his son Henri said in an interview Friday from Charlottetown. “And he was proud that this was his legacy.”

Henri Van Den Bremt was a teenager when his father—already an accomplished tobacco farmer on the Island—decided there had to be a market for cultured mussels in Canada, an industry that has flourished for centuries in Europe. He had tried eating the wild mussels littered along the P.E.I. shoreline, but they were typically fouled by sand and grit.

His first attempt at growing mussels failed when the wooden rafts he built on the Cardigan River were eaten by shipworms and later smashed to bits by metre-thick ice.

And there was plenty of skepticism on the Island.

“They said (mussels) were the garbage they scraped off their boats,” Henri said.

But the senior Van Den Bremt was undeterred. “When he got his mind set on something, he was like a bulldog,” his son said.

The solution was an innovative system using ropes suspended in the water column by a series of buoys and secured to the riverbed. The mussels themselves were placed in nylon stockings purchased from Norway. The “long-line” system and its associated gear is still used today.

In a 2017 conversation recorded with then-premier Wade MacLauchlan, Van Den Bremt said no one was interested in eating mussels in P.E.I. when the industry was young. But there was a ready market in Montreal, which soon expanded to Toronto, Calgary and beyond.

“Honest to God, you could not make an Islander eat a mussel,” he recalled, reflecting on how the humble bivalve soon became a seafood staple.

“I couldn’t grow them fast enough.”

At the time, the Montreal market was getting its mussels from Maine, which was using a “bottom culture” method of harvesting.

“It wasn’t long before the mussel quality (from P.E.I.) was much better,” says Leaming Murphy, who helped get Van Den Bremt’s enterprise up and running. “We out-competed them.”

Murphy, who has since retired from a long career with the federal and provincial governments, said Van Den Bremt’s innovations in the early 1980s were key to his success. As well, seed money from both levels of government was instrumental at a time when interest rates were above 20 percent.

“He was the really the first person to attempt to commercialize the mussel industry,” Murphy said in an interview Friday from Kensington, P.E.I.

“I would like to see Joe remembered as a very kind man, a sensitive man who had a vision and followed it,” Murphy added. “Joe was an innovator—a continuous innovator.”

In the early 1980s, the industry on the Island produced about 100,000 pounds of mussels annually, said Murphy, now an adviser to the aquaculture industry. Today, production has reached more than 60 million pounds a year.

In a statement Thursday, provincial Fisheries Minister Jamie Fox credited Van Den Bremt’s “persistence and vision” for the fact that thousands of Islanders now work in the aquaculture industry.

Van Den Bremt sold his mussel farm in 1991, and he received the Queen’s Golden Jubilee medal in 2002 for his work in both the tobacco and mussel industries.

“Joe lived a full life that leaves a legacy that will bring pleasure to people forever,” his death notice says. “Not many people can claim that.”