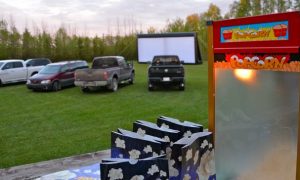 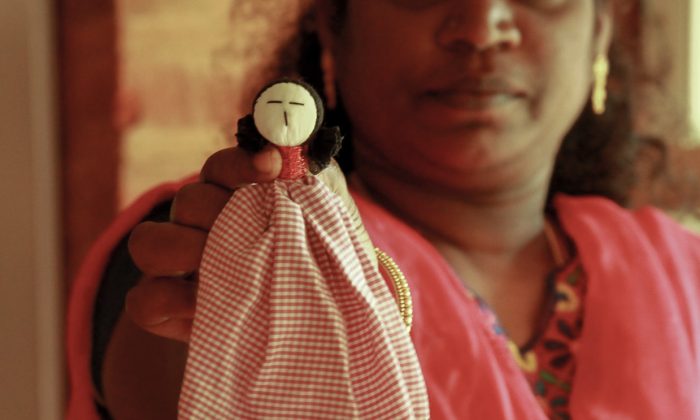 A woman and her Tsunamika doll at the Upasana Integral Design studio in Auroville, India on Jan. 27, 2015. (Venus Upadhayaya/Epoch Times)
India

PUDUCHERRY, India—A tsunami struck India’s southern coasts in December of 2004, whisking away the livelihoods of fisherman whose boats and other equipment they depended on were lost to the sea.

To help these fishing villages recover, one fashion designer on the outskirts of the union territory Puducherry created a doll that, ten years later, continues to provide employment to women in these villages.

The doll, called “Tsunamika” after the tsunami, is about 1.5 inches tall and made from scraps of cloth left over from other projects.

Starting in 2005, Uma Prajapati, the designer of the doll, trained 480 women in six villages to make them. A decade later, 200-300 women still earn a living by making Tsunamikas.

What makes it sustainable for these women is that the work is flexible and easily incorporated into daily life; they can make them at home, on their own schedule, and as many as they want each day.

Prajapati said the dolls have also helped to take the women’s minds off the disaster in the aftermath of the Tsunami and helped them recover emotionally and financially.

“[With the money I earn making Tsunamikas] I can pay my children’s school fees and cover food expenses at home,” said Sarathi, 35, a resident of Tandarankuppam, a coastal village in the state of Tamil Nadu.

Kids in Rural India Are Getting the Wrong Medicine

It Takes a Village to Care for the Dying: Palliative Care Project in India Attempts just That

Sarathi is one of 32 women in the village who make Tsunamikas for their livlihood. For every Tsunamika they make, they earn 2.60 rupees ($.04), and each woman can make about 50-100 Tsunamikas a day, Prajapati said.

“I can do this and earn a living,” said Sasikala, 35, another woman from Tandarankuppam. “This gives me happiness.”

The dolls have become a symbol of survival, not only for the women who make them, but also for the people who receive them.

They are sent all around the world to people who, like their creators, were impacted by a disaster.

“Tsunamika is hope, she’s resilience,” said Prajapati, who calls the doll “a gift of love.”

The Tsunamikas are given as part of a “gifting economy”, meaning they are not bought and sold like regular merchandise. They are paid for by donations and sent around the world to places like Japan, which was struck by a Tsunami in 2011.

The dolls have become a symbol of survival, not only for the women who make them, but also for the people who receive them.

Since 2006, the project has been self-sustaining, thanks to donations and sponsorship from people and organizations around the world.

According to the Tsunamika website, over six million dolls have been gifted since the project first began, with volunteers in 80 countries to help distribute them.

In addition to the dolls, there are now Tsunamika bags, T-shirts, key chains, pencils, and other products with the Tsunamika label, including a book titled “Tsunamika Meets Friends.”

A decade after the first Tsunamika was made, her creators say the doll is having a much bigger impact than they ever thought possible.