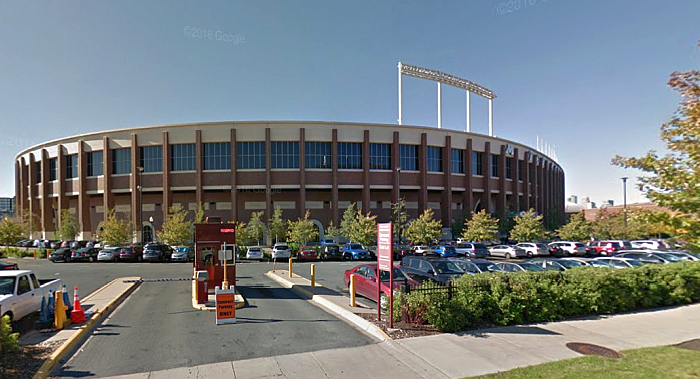 Ten Minnesota football players were suspended this week following a fresh investigation into an alleged sexual assault at an off-campus apartment in September, the father of a player and an attorney for several players said Wednesday.

The same incident led to three-game suspensions of four of the players earlier this season and now they are benched again along with six of their teammates. Their availability for the Dec. 27 Holiday Bowl against Washington State is unknown.

Ray Buford Sr., the father of defensive back Ray Buford Jr., said the new suspensions resulted from an investigation by the university’s Office of Equal Opportunity and Affirmative Action that was separate from earlier investigations into the alleged assault in the early hours of Sept. 3. He confirmed that an attorney for his son and other players planned to appeal.

Buford Jr., KiAnte Hardin, Dior Johnson and Tamarion Johnson were suspended for three games earlier this season when their names came up in the police investigation. A restraining order filed by a woman who made the allegations prevented the players from being at TCF Bank Stadium on game days because she was involved in game-day operations.

But the players were not arrested, prosecutors decided not to press charges and the players returned to the team. The restraining order was lifted after an undisclosed settlement on Nov. 2.

Hardin and Winfield are starters and Buford and Shenault are key reserves.

“Due to privacy restrictions relating to student educational data, there is nothing further the university can share,” the school said. University spokespeople did not immediately return phone calls from The Associated Press on Wednesday.

Buford Sr., a Detroit police officer who serves as security director to the city’s mayor, said he has seen the EOAA report and that it appeared the office concluded the players were guilty, in contrast with police and prosecutors who found insufficient evidence to press charges and the judge who lifted the restraining order. He said the players who were not suspended earlier were also accused of being in the apartment that night.

“Somehow this EEOA has come up with something different. … It’s beyond me. It just reeks to the high heavens,” Buford Sr. said.

Lee Hutton, an attorney for several of the players including Buford Jr., did not return messages from the AP. He told the Star Tribune that the suspensions stemmed from the same incident that led to the earlier suspensions, and he told KMSP-TV that he planned to file an appeal on behalf of all the players involved and that he may ask a court to stay the suspensions.

Buford Sr. confirmed the accuracy of a letter obtained by KSTP-TV that was sent to his son that said the EOAA had found him responsible for several violations of the university’s Student Conduct Code, including harm to a person, sexual misconduct, violation of university rules relating to sexual harassment and persistent violations of the code. The letter offered him the choice of accepting expulsion “to resolve this matter informally.”