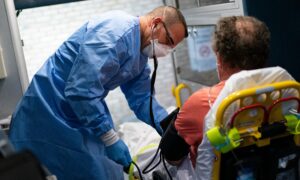 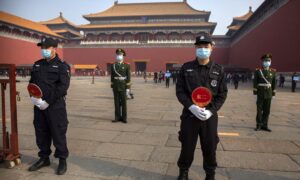 Videos circulating online show that some places in Changbai Mountain are covered with snow as thick as 2 meters.
–
“By April 29, it has been snowing for 10 consecutive days on Changbai Mountain.
This is the first time in all these years that Changbai Mountain has seen such heavy snow in April.
Look, the thickest snow has reached a depth of more than 2 meters.
This is the doorway. The door was blocked by snow just now. Now we can finally get out.”
–
The person recording the video said, “Here is Changbai Mountain on April 30. It is difficult getting out of the door. I managed to climb out. It’s so hard.”
It has been snowing heavily in Heilongjiang recently, and the snow in Changbai Mountain has been falling unremittingly for 10 days.
Some netizens said, “The anomalies in many places indicate that the year 2020 is unusual. Will there be certain major occurrences? Signs from heaven foreshadow luck and disasters.”