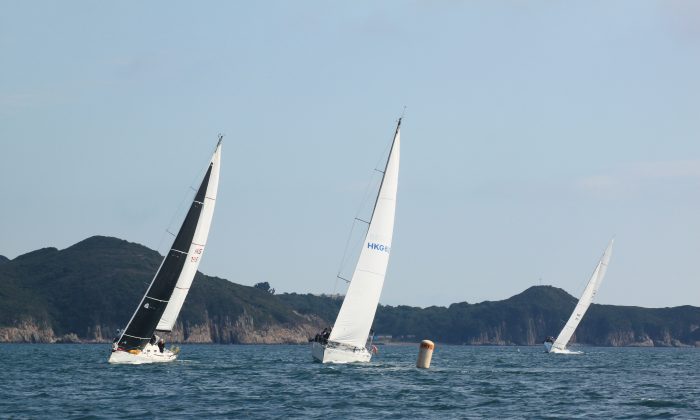 HONG KONG—The Kowloon Cup, a two-day yacht racing event organized by the Hebe Haven Yacht Club, was held last weekend with an Islands race on Saturday Jan 16 and a pursuit Islands Race with staggered starts on Sunday Jan 17, 2016. Not a big fleet of competitors but 15 enthusiastic, hardcore yachting teams arrived for the start of Race-1.

The weather over the weekend was misty, rather poor with heavy skies, occasional rain and north to north easterly winds of about 10 Knots.

The Islands course on Saturday (Race-1) took a route starting near Shelter Island, negotiating the club mark before heading for the islands of Trio, Bay, Bluff and rounding Table to Starboard before finishing at Little Palm Beach, a course of 14 nautical miles under HKPN handiaps. Ambush normally races under IRC rules, arrived at the start with good intentions but pulled out before the start of race-1 as it did not have an HKPN rating.

The pursuit race on Sunday was a staggered start race based on HKPN ratings starting from Port Shelter, rounding the Club Mark and taking in the islands of Table, Trio, Bluff, back to Trio before negotiating the Kowloon Cup Mark and finishing at the Bay Island Mark.

This produced a final result with “Temujin” winning the Kowloon Cup, with “Ichiban” second and “Talkinghead” just pipping “RB” to third place on countback.