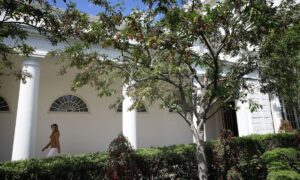 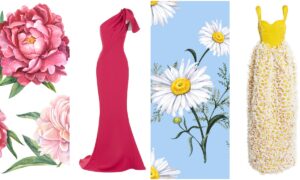 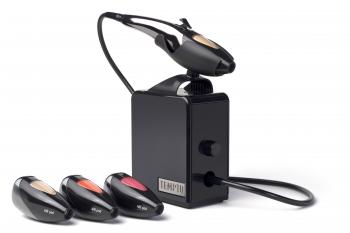 NEW YORK—Starting Sept. 15, anyone can walk into Sephora makeup stores and achieve the same flawless look seen on the runway and in fashion magazines. Temptu, a professional makeup company that has been supplying products to the television, film, and fashion industries since 1981, will launch its at-home airbrush makeup system at 100 Sephora stores nationwide.

Temptu's professional products have been used on the cast of "Desperate Housewives," on Daniel Craig in "Quantum of Solace," and behind the scenes for Italian Vogue. Company CEO Michael Benjamin said the at-home system was inspired by constant requests from women around the world who were using Temptu’s professional line at home.

Benjamin believes that Temptu's airbrush technology and silicone-based formula will provide the tools that beauty consumers need to emulate the looks they see on screen and in magazines. “Airbrush makeup is atomized in the airbrush process, creating a fine mist of makeup that lays on the surface of the skin, resulting in a perfectly blended application,” he said. “Also, silicone-based formulas fill pores and fine lines to achieve a perfect, flawless finish.”

To see whether the product lived up to its reputation, I headed down to the new Sephora in Times Square for a test run. I was instantly impressed with the sleek presentation of the makeup system. It consisted of an AIRbrush ($225) that allowed for adjustment of air pressure to tweak the amount of desired coverage and AIR pods, which are disposable containers of foundation, blush, and highlighter ($30-$55) that snap into the AIRbrush. This simple setup eliminates the training needed to use the complicated traditional airbrush compressor and gun.

When I pulled back the trigger and waved the AIRbrush in front of my face for several seconds, the foundation sprayed out in a gentle stream of cool air. Checking in the mirror afterward, I found my skin looking subtly dewier—as if a Gaussian blur was applied to my face. Throughout the next two days, I received compliments from co-workers and friends who noted how my skin "glowed" and said that my makeup looked "Hollywood glamorous" and "airy and nice."

I was at first skeptical about the water- and sweat-resistant capabilities of the foundation formula. As it happened, I ended up running around New York City for seven hours that day. While weaving in and out of sweltering subway stations, I was certain the foundation was melting off as I continually wiped sweat from my face. To my surprise, the makeup still looked fresh, with no signs of streaking.

If you are looking for a speedy routine that will give you Hollywood’s flawless skin and don't mind a hefty initial investment, then Temptu may just be your answer. The best way to figure out whether Temptu is right for you is to try it. From Sept. 8 to 30, book an appointment or drop by the Sephora on 5th Avenue for an exclusive product demo and AIRbrush makeover. For those outside of the New York Metro area, the Temptu system will launch nationally in Sephora stores on Sept. 15.

For more information go to www.temptu.com or www.sephora.com.