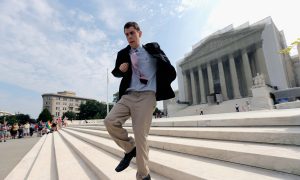 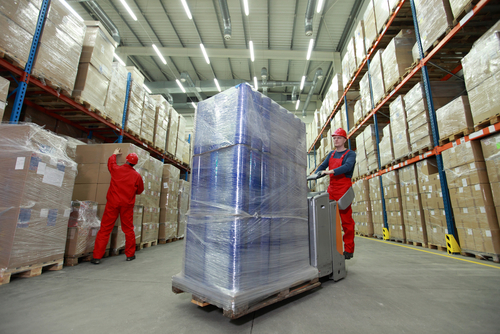 Since the 2008 recession, companies have increasingly turned to temporary employees to work in factories and warehouses and on construction sites. The temp industry now employs a record 2.8 million workers. The trend carries a human cost. (Shutterstock*)
US

JACKSONVILLE, Fla. – This was it, he told his brother Jojo. He would finally be able to pay his mother back for the fender bender, buy some new shoes and, if things went well, maybe even start a life with his fiancee who was living in Atlanta.

After getting his high school diploma, completing federal job training and sending out dozens of applications, Day Davis, 21, got a job. It was through a temp agency and didn’t pay very much, but he would be working at the Bacardi bottling plant, making the best-selling rum in the world.

Davis called his mother to tell her the good news and ask if she could pick him up so he could buy the required steel-toe boots, white shirt and khaki pants and get to the factory for a 15-minute orientation before his 3 p.m. shift.

Word spread quickly through the family. “Me and my brother was like, ‘Don’t mess up now, you got to do good, don’t mess up,’ ” said his younger sister, Nia.

It was a humid 90 degrees as Davis walked into Bacardi’s Warehouse No. 7 to the rattle of glass bottles, the whir of fans and the clank of industrial machines. It was his first day on the first job of his life. He went to the bathroom and took a photo of himself in the mirror, showing off his work clothes and orange safety vest. He texted it to his fiancee, Alicia Lloyd, and promised he would call her during his break.

When Davis walked into the factory, he joined one of the fastest-growing and more dangerous segments of the U.S. labor market: blue-collar temp work.

Since the 2008 recession, companies have increasingly turned to temporary employees to work in factories and warehouses and on construction sites. The temp industry now employs a record 2.8 million workers.

The trend carries a human cost.

A ProPublica analysis of millions of workers’ compensation claims shows that in five states, representing more than a fifth of the U.S. population, temps face a significantly greater risk of getting injured on the job than permanent employees.

In California and Florida, two of the largest states, temps had about 50 percent greater risk of being injured on the job than non-temps. That risk was 36 percent higher in Massachusetts, 66 percent in Oregon and 72 percent in Minnesota.

These statistics understate the dangers faced by blue-collar temps like Davis. Nationwide, temps are far more likely to find jobs in dangerous occupations like manufacturing and warehousing. And their likelihood of injury grows dramatically.

Ninety minutes into his first day on the first job of his life, Day Davis was called over to help at Palletizer No. 4 at the Bacardi bottling plant in Jacksonville, Fla. Watch what happens next.

In Florida, for example, temps in blue-collar workplaces were about six times as likely to be injured than permanent employees doing similar jobs.

The findings were particularly stark for severe injuries. In Florida, the data shows, temps were about twice as likely as regular employees to suffer crushing injuries, dislocations, lacerations, fractures and punctures. They were about three times as likely to suffer an amputation on the job in Florida and the three other states for which such records are available.

The interviews and OSHA files revealed situations that occur over and over again: untrained laborers asphyxiated while cleaning the inside of chemical tanks, caught in heavy machinery such as food grinders and tire shredders, and afflicted by heat stroke after a long day on a garbage truck or roof.

The lightly regulated blue-collar temp world is one where workers are often sent to do dangerous jobs with little or no training. Where the company overseeing the work isn’t required to pay the medical bills if temps get hurt. And where, when temp workers do get injured on the job, the temp firm and the company fight with each other over who is responsible, sometimes even delaying emergency medical care while they sort it out.

The growing reliance on temps subverts one of the strongest incentives for companies to protect workers. The workers’ comp system was designed to encourage safety through economic pressure; companies with higher injury rates pay higher insurance premiums. Hiring temp workers shields companies from those costs. If a temp worker gets hurt, the temp agency pays the workers’ comp, even though it has little or no control over job sites.

OSHA director David Michaels said he has been alarmed by the number of temp workers being killed on their first day on the job. Earlier this year, he launched an initiative to raise awareness about the dangers temp workers face and employers’ responsibilities. But despite growing concern about temp workers’ safety, regulators and lawmakers have struggled to make major changes, in part because they lack basic data, such as whether temps get injured more than regular workers. Unlike the way it monitors every other industry, the federal government does not keep injury statistics on temp agency workers.

A groundbreaking 2010 study of Washington state’s workers’ comp claims found that temp workers in construction and manufacturing had twice the claims rate of regular workers doing the same type of work.