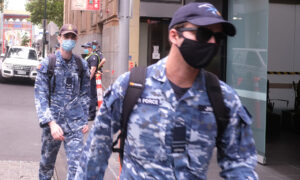 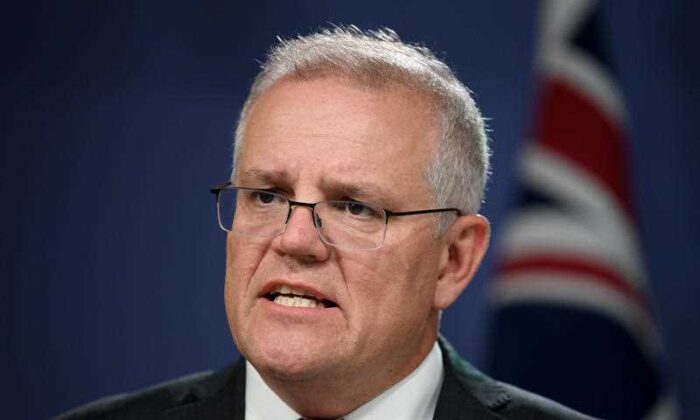 Victorians who lose 20 or more work hours per week due to state government lockdowns will be eligible for up to $500 from the federal government.

Those who lose under 20 hours per week will be eligible for $325, but must not have liquid assets of more than $10,000, Australian Prime Minister Scott Morrison announced on June 3.

“Australians who have had their hours of work and income significantly affected due to state lockdowns will be eligible for a temporary COVID Disaster Payment,” Morrison said in a statement.

“The rapid support will be paid weekly to those workers who reside or work in a Commonwealth declared hotspot and are therefore unable to attend work and earn an income as a result of state-imposed health restrictions, which last for greater than one week.”

“The payment will be made in respect of the second and any subsequent weeks of restrictions.”

The national cabinet is expected to discuss the temporary disaster payment—which needs to be agreed by states and territories—on June 4.

“What I put to the [Victorian] acting premier last night was that we should split 50-50 both payments,” Morrison said on June 2.

But while the federal Labor Shadow Treasurer Jim Chalmers has agreed “in principle” to the Morrison government’s disaster payment, Chalmers criticised the federal government for its “delay.”

The Morrison government previously rejected a proposal for a new wage subsidy for those affected by the state’s fourth lockdown, arguing that it is currently providing financial support to Victorian businesses and families and that the lockdown was only for one week which other states, like New South Wales and Queensland had managed to cover their own.

“We’ll go through the details, including the eligibility for this payment; we’ll make your views known on that but what we want to see is support for Victorian workers and small businesses, flowing in the Victorian economy, as soon as possible,” Chalmers said.

“It will allow many people to pay their bills and support their families while returning some of the lost spending back into the economy,” Willox said.

According to News Corp, the Morrison government is proposing to expand its eligibility requirements to the Australian Government Disaster Recovery Payment scheme to include those who have lost work due to the lockdown and casual workers who are forced into two-week quarantine.

“I’m not going to pre-empt any decisions with you today,” federal treasurer Josh Frydenberg told Sunrise on June 3.

“What I’ve consistently said at my press conferences and elsewhere is that any support provided to Victoria, and indeed other states, would be done on a nationally consistent basis, it would be temporary, it would be targeted, it would be through existing systems.”

Frydenberg has previously said that $1500 pandemic leave disaster payments were available, as well as “loss carry-back” for businesses.

“The economic impact of the Victorian outbreak is not insignificant, but the budget just over two weeks ago did anticipate further outbreaks would occur,” he said in a Facebook post on May 30.

On June 3, the PM sent a Memorandum of Understanding to the Victorian government to build a purpose-built quarantine facility outside Melbourne, reported News Corp.