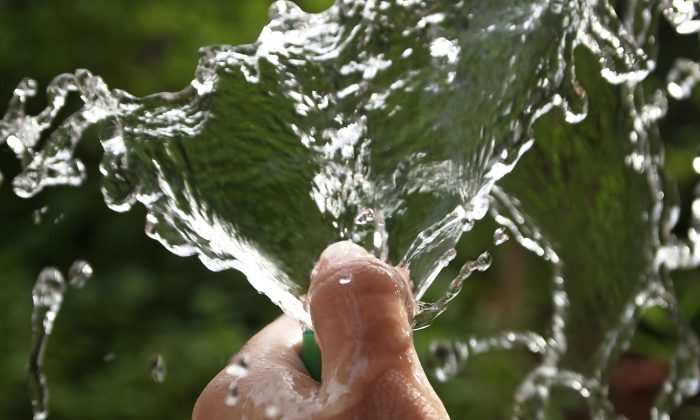 The heatwave in Cyprus has sent temperatures up to 57 degrees Celsius, so hot that steering wheels have started to melt.

People have also been advised in the 134 degree Fahrenheit weather not to leave newspapers or other documents on their car dashboards, for fear that they will burst in flames.

Even higher temperatures–63 Celsius, or 145 Fahrenheit–were reported in Nicosia, the capital of the island.

The U.K. Met Office issued a warning to British travelers in or headed to the region, noting that the heatwave is hitting different parts of the Middle East and Mediterranean.

The Ministry of Internal Affairs and Labor announced a four-day work ban starting next week, between noon and 4 p.m. local time. The ban could be extended if the heat keeps up.

Children, elderly, and other individuals who suffer from asthma or other conditions should avoid going outdoors between 10 a.m. and 4 p.m., the Cyprus Medical Association said.

Heat wave #Cyprus ☀️☀️and my #iphone refuses to operate! A few mins in the fridge solved the problem pic.twitter.com/cNgoRu1cVZ

Twitter users noted the intense heat, with one, Marios Karatzias, showing off his iPhone that had gotten so hot it stopped operating.

Another user showed that he was driving a car with an oven mitt to avoid touching the wheel.

Hilary Simons, senior specialist nurse at National Travel Health Network and Centre, told the Mirror that people should make sure to stay cool by drinking lots of cold fluids, and also keep an eye out for other people.

“If you or others feel unwell, move to a cool place as soon as possible, drink some water to rehydrate, and seek medical help if symptoms are severe or persist,” she said.

“This hot wind coming through offers no relief in the shade and from about 8am to 8pm you won’t see anybody on foot on the streets of the capital. “All of my friends from abroad over here are steering clear of the beaches until the sun goes down because most of them have already been sunburnt and dehydrated after just a short time on the sand,” added expat Benjamin Baillie, who moved to Cyprus in ’08.

“Leaving the air-conditioned office is like opening an oven door and the sand is too hot to stand on.”