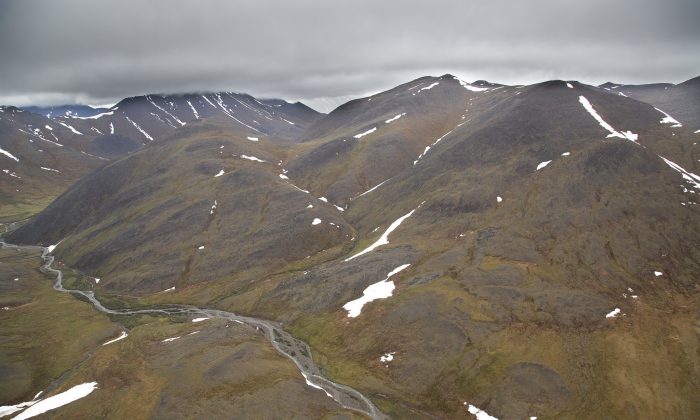 Temperatures in the Arctic region have reached the highest scientists have ever seen.

The revelation was outlined in the National Oceanic and Atmospheric Administration’s Arctic Report Card.

The scientists say that the average annual surface air temperature anomaly over land north of 60 degrees north was +1.3 Celsuis (+24.24 Fahrenheit), the highest in the observational record.

The temperature difference represents a 2.9 Celsius (37.2 Fahrenheit) degree increase since the beginning of the 20th century.

“Arctic air temperatures are both an indicator and a driver of regional and global changes. Although there are year-to-year and regional differences in air temperatures due to natural random variability, the magnitude and Arctic-wide character of the long-term temperature increase is a major indicator of global warming,” the scientists behind the report said.

“Warming is happening more than twice as fast in the Arctic than anywhere else in the world. We know this is due to climate change,” NOAA chief scientist Rick Spinrad added to reporters in San Francisco at a meeting of the American Geophysical Union.

The high temperatures are contributing to more snow melting and more sea ice breaking off.

This is negatively affecting fish and walruses, among other animals.

The sea ice extent was the smallest on record at the winter maximum.

This year’s report is the 10th annual.